This Week at the Luna Outdoor (8th-15th Jan)

Perth folk, the second week of the year begins with a crop of great movies at the Luna Outdoor including the KING RICHARD the story of Venus and Serena Williams father and how he was instrumental in the careers of his champion tennis player daughters. Enjoy watching great cnema on the big screen, under the stars in Leederville. For more information on the program or to purchase tickets hit the link.

Mikey Saber, a formerly successful but now nearly penniless adult entertainer who, in 2016, returns to his small Texas hometown; there he cares less about people’s affection and acceptance than “to persuade them to do what he wants”, with the film bearing “witness to his scams.” 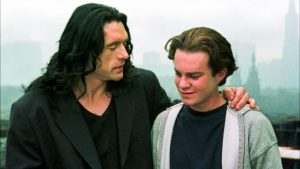 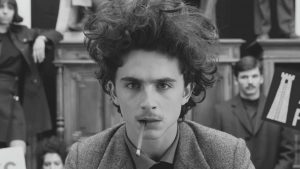 Wes Anderson’s Dizzyingly Intricate Homage to 20th-Century Newsmen and Women. The American comedy-drama film which premiered at the Cannes Film Festival received one of the longest rounds of applause at the event’s 74th edition.

The French Dispatch is a love letter to journalists set in an outpost of an American magazine in a fictional 20th-century French city and brings to life a collection of stories published in The French Dispatch.

Legendary actor Udo Kier stars as retired hairdresser Pat Pitsenbarger, who escapes the confines of his small-town Sandusky, Ohio nursing home after learning of his former client’s dying wish for him to style her final hairdo. Pat embarks on an odyssey to confront the ghosts of his past – and collect the beauty supplies necessary for the job. Swan Song is a comical and bittersweet journey about rediscovering one’s sparkle and looking gorgeous while doing so.

A totally charming and bittersweet comedy starring Udo Kier in a career-defining role as the magnificent hairdresser on a mission. Swan Song is a favourite with critics and festival audiences since debuting at SXSW. 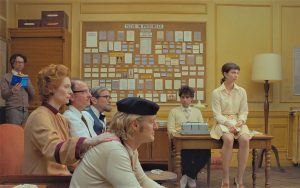 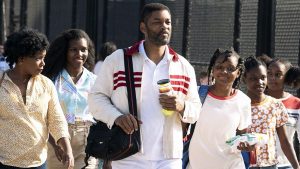 Based on the true story that will inspire the world, Warner Bros. Pictures’ King Richard follows the journey of Richard Williams, an undeterred father instrumental in raising two of the most extraordinarily gifted athletes of all time, who will end up changing the sport of tennis forever.

Two-time Oscar nominee Will Smith (Ali, The Pursuit of Happyness, Bad Boys for Life) stars as Richard, under the direction of Reinaldo Marcus Green (Monsters and Men). Driven by a clear vision of their future and using unconventional methods, Richard has a plan that will take Venus and Serena Williams from the streets of Compton, California to the global stage as legendary icons. The profoundly moving film shows the power of family, perseverance and unwavering belief as a means to achieve the impossible and impact the world.