The first trailer for THOR RAGNAROK has dropped and it is safe to say that fans are losing their collective…composure on the Internet.

Marvel have packed a lot into this two-minute teaser. Cate Blanchett has gothed up and appears as supervillain, the goddess Hela. She performs a radical reno on Asgard and Thor’s hammer Mjölnir. Our favourite Asgardian superhero takes on a seriously powerful opponent in gladiatorial combat and along the way gets a short back and sides.  This time Thor (Chris Hemsworth) is fighting to save his homeworld.

Other new characters introduced here are Valkyrie (Tessa Thompson) and Grandmaster (Jeff Gollum). There’s a brief glance of Karl Urban’s Skurge and glimpses of old favourites Tom Hiddleston and Idris Elba. All to the pumping sounds of Led Zep.

New Zealand director Taika Waititi (HUNT FOR THE WILDER PEOPLE) was considered an unusual choice for the third stand alone Thor film but this trailer has revved up fans of the Marvel Cinematic Universe. 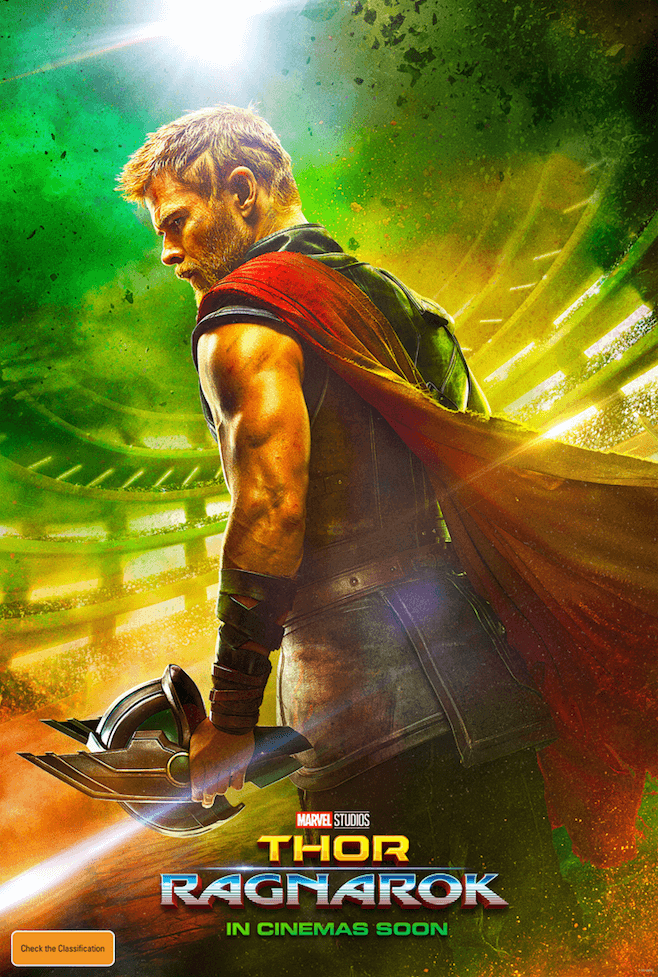