Iron Sky is now showing in cinemas across Australia and last week accessreel.com got to have a chat with the Director himself Timo Vuroensola. This $7.5 million euro film is already getting a ‘cult’ status and after our member preview screening on the 9th May I think its definitely going to become one.

We do usually put up the audio for these interviews so you can have a listen, but in this case the line wasn’t the best! So I have taken what I can and you can read the transcript below.

If you had to describe the film to someone whos never heard of Iron Sky, how would you do it?

Its bascially Dr Strangelove meets Starship Troopers – but its a comedy about Nazi’s on the Dark Side of the moon, they went to the moon in 1945 and in 2018 they are coming back.

Iron Sky is a movie I never really expected to see, well when I think of Nazi’s I don’t really think of them on the Dark Side of the Moon… so what made you think of the story and how was it developed?

The whole story about Moon Nazi’s and Nazi’s on the dark side of the moon is a pretty well known Conspiracy theory since the end of the second world war and the truth is we were sitting in a sauna and a friend of mine said ‘I have this idea lets make a movie about nazi’s on the moon’ and we thought it was a great idea then, so we researched all these conspiracy theories and it all went from there. 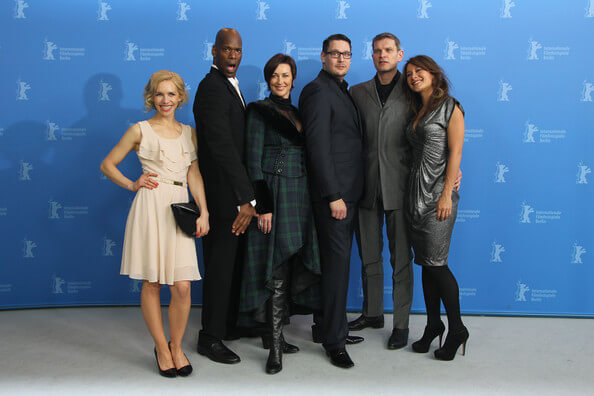 The movies a whole lot of fun, but did you ever think you might have crossed the line? The whole Nazi/politically incorrectness of it all?

I had this clear line from the beginning that we were going to be making fun of Nazi’s in the way they talk, dress and act but we were never going to make fun of the victims of the Nazis, so I realized I can make as much fun of the Nazi’s as I possibly can as long as we didn’t talk about the victims.

The budget of the film was 7.5million euros, but a million of that was funded by fans, how did it make you feel when people were getting behind you and the project?

It was my idea originally to get the fans involved but it was really important at the beginning to let them know they can give there idea, there money but they really have no say.. It was really important to let them know that. It’s like having a film crew of 20 thousand people instead of 100, so everyone wanted to get involved but really we had to shut that out and just focus on our main vision.

You filmed some of the film in Queensland, how was your time here?

I had never been to Australia but when our producer started talking about going to Australia it was such a crazy idea as it is on the other side of the world so in a way it was as close as we could get to the dark side of the moon without leaving the planet. But I loved Australia because you guys don’t take yourselves so seriously so it was much more easier and relaxed. And the Australian Film industry is the most talented crew I have ever worked with so I am hoping to come back to Australia and film many more films.

Your cast works for you extremely well and you have a mix of German and Australian Actors and actresses, you nailed it with Julia, shes incredible what was it about her that made you cast her in that role?

Julia was the first girl to audition for the role and the moment she opened the door I saw her and I casted her at that moment, but she was really there from the beginning but theres something really natural and bubbly about her.. plus she really throws herself at the role and shes incredibly talented. I couldn’t imagine anyone else in that role. 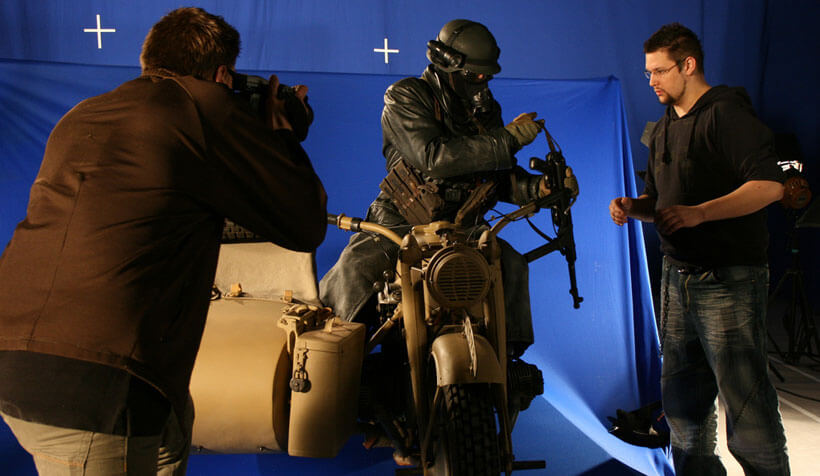 One of the biggest kicks for me in the film was seeing Udo Kier in the role of Wolfgang, When you guys presented him the script what was his first response?

It took a while for him to respond at all but I was at a grocery store and he called me and I had been a huge fan of Udo’s for a long time. He said he had played Hitler a few times but never a Hitler on the moon so this was something he wanted to do but it was a long time before we started shooting and we kept on postponing the shoot due to money problems. I think he knew how passionate we were about Iron Sky as whenever we postponed the shoot he was happy to go with the flow and wait he understood we had money issue’s and was extremely supportive.

What would you want audience to feel when walking out of Iron Sky?

I hope they have almost 2 hours of a really fun time but at the same time also a hint of melancholy that they have been taken on a huge ride, a lot of a fun and lot of action.

Iron Sky is in cinemas now – you can check out the full trailer here.