Up to the release of AVATAR, TITANTIC was the highest grossing film world wide and with James Cameron loving himself some 3D he has gone back and converted the beloved film TITANIC for cinema re-release this April.

Now this process has taken him quite a long time, it was first mentioned a few years ago at San Diego Comic Con when they were ‘testing’ the conversion a few short minutes were put through the process and Cameron gave it the nod of approval. Next April it marks the 100th anniversary year of the sailing of the ship so it seems quite fitting that the re-release happen then.

It really doesn’t feel that Titanic came out in 1997! I can still remember the crowds flocking to the cinema to see it and I even remember myself seeing it quite a few times on the big screen, lets hope the 3D conversion will bring a brand new crowd in to see this film.

We will have a HD version on our website very soon, for all you people looking closely, Paramount Pictures is the US Studio but here in Australia 20th Century Fox will be looking after it. 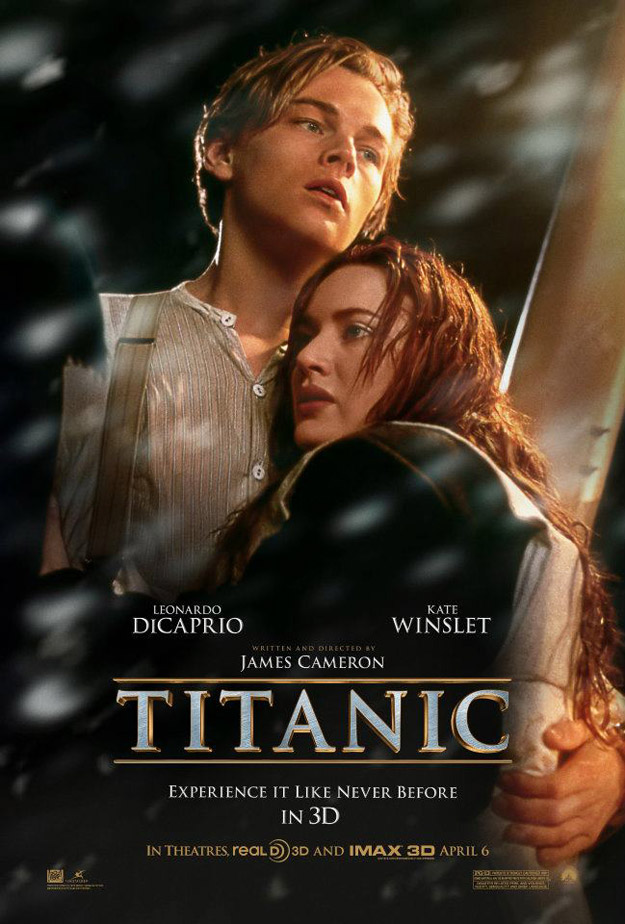