Top 10 Gambling Films Of All Time

For over 50 years now, gambling films have quietly represented one of the most enduring sub-genres in cinema. Though they have changed a great deal over time, gambling and casino (and by extension, some crime) films have always offered engaging plot lines, clever scripts, and a chance to see a major actor in a fairly intimate role. But what are the best movies this niche has to offer, after all these years of success? Here’s our look at the top 10 gambling films of all time.

Runner Runner didn’t just get bad reviews—it was critically slammed like few other films in recent years. Writing for RogerEbert.com, Dan Callahan swiftly and brutally characterized it as “a tedious study in a poker face with other things on its mind,” specifically critiquing Ben Affleck’s performance as online gambling tycoon Ivan Block. Still the film is visually appealing; Affleck and Justin Timberlake (who has the main role) are fun to watch even if neither gives a career performance; and most importantly, Runner Runner represents the first truly modern casino film in using Internet poker as its subject matter.

This goofy 1974 comedy/drama is something like getting drunk with a friend and heading to the casino. Or at least, that’s basically what happens in the film. It’s by no means the highest quality casino film ever crafted, but there’s a charm to co-stars George Segal and Elliott Gould, and their blur of a gambling spree makes for great casual entertainment. 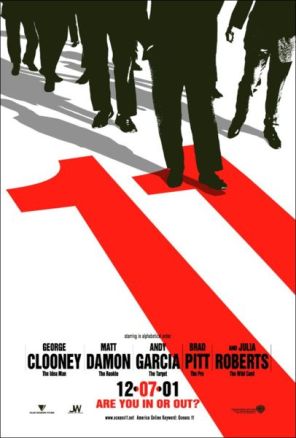 Okay, so the 2001 Ocean’s 11 remake had almost nothing to do with actual gambling…. But there’s still nothing like seeing Hollywood titans Brad Pitt, George Clooney, Julia Roberts and Matt Damon strutting along casino floors. While there’s very little gambling, the film lets its audience soak up Vegas in a way few films manage. Plus, the heist is devilishly clever.

I have to give a shout out to popular screenwriter Brian Koppelman for bringing this film to my attention via his Twitter conversation with Partypoker, because I hadn’t seen it before – and it’s absolutely a top-10 casino film. Basically, it’s Robert Redford and Paul Newman starring in a film about cons and deceptions, with plenty of high stakes gambling and casino activity built in. Like all the best casino films, it relies on cleverness and substance over sexy settings and bright lights montages.

Tom Cruise jumps into this years-later sequel to The Hustler. That along with Martin Scorsese in the director’s chair and Paul Newman reprising his role as pool hustler Fast Eddie Felson makes this an irresistibly enjoyable film. 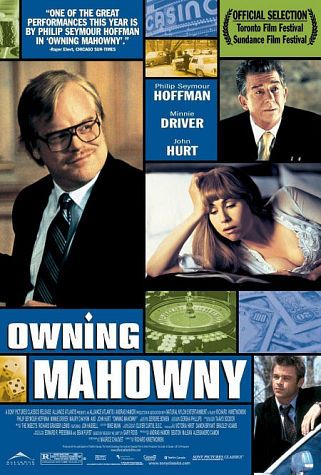 Somehow, this film is often forgotten. Even after Hoffman’s tragic death earlier this year, when lists of his best films were all over the Internet, Owning Mahowny barely got a mention. Yet this film about the simple-yet-terrifying concept of a bank manager with a gambling problem is enjoyable, intelligent, and original, and Hoffman was as good as ever in it.

Another film that tends to fly under the radar, this 1998 crime drama stars Clive Owen as writer who decides his side career as a casino croupier would make the perfect story. It’s simple but well acted, and offers a very immersive casino experience. 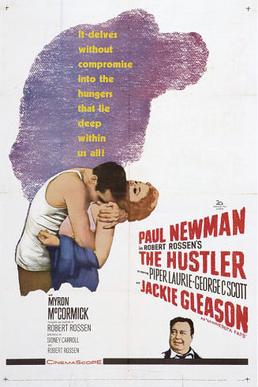 The Hustler pitted Paul Newman and Jackie Gleason against one another in a competitive high-stakes pool community. What could make for better gambling entertainment? Truthfully, I think The Color Of Money (the previously referenced sequel) is the more enjoyable film, but in recognition of Newman’s charisma and the fact that the original had to come first, this film takes the third spot.

On the surface, this isn’t a gambling film. However, if you ignore the Bond label and focus scene to scene, Casino Royale has some absolutely awesome poker scenes mixed in, from casual (but high-stakes) beach resort games to Monte Carlo. I’ll put it this way: the film was heavy enough on poker content that Daniel Craig, James Bond himself, apparently became quite the player in the process of researching and filming, according to Mi6-HQ.

It’s a popular pick, but I just can’t disagree with Rounders as the best gambling film of all time. It’s simply a film all about gambling addiction and underground poker that features awesome performances from Matt Damon and Ed Norton. Also, it shows some of the best table scenes in cinematic history. Plus, it’s a good time to re-watch the film, as a sequel is on the way, per IndieWire’s reporting.