You may have heard Cody’s name before she wrote the popular flick ‘Juno’ and also the bomb ‘Jennifers Body’. This looks like an interesting movie with Hough playing an evangelical christian named Lamb with also a stella supporting cast joining her and brand including Nick Offerman, Holly Hunter and Octavia Spencer. 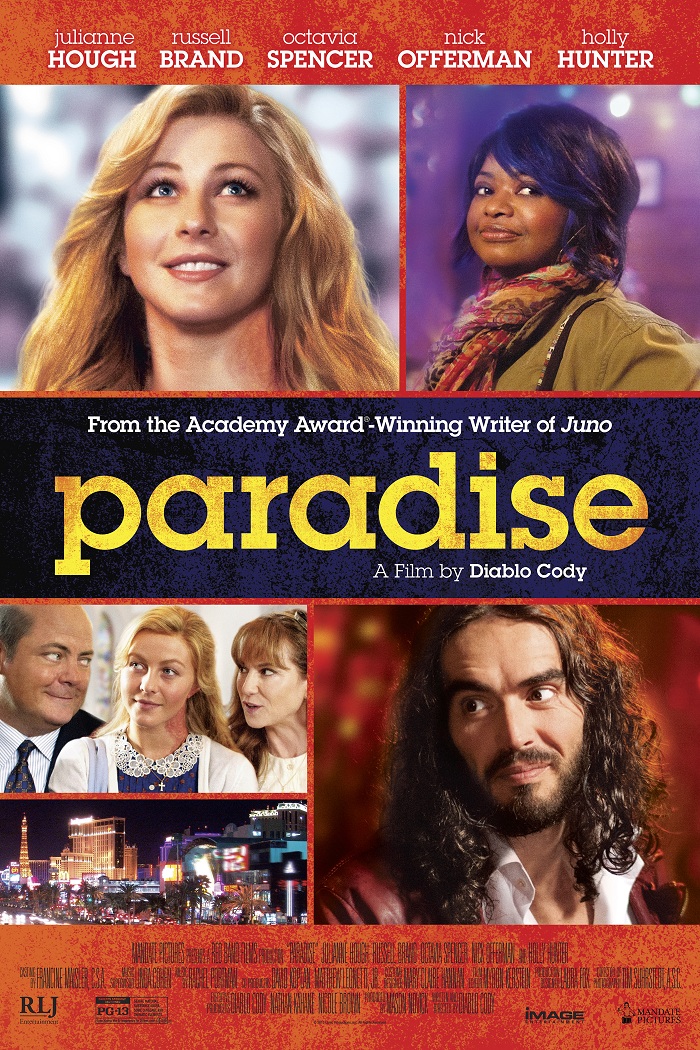 The comedy follows a sheltered young woman (Julianne Hough) who loses her faith after a plane crash and decides to go to Las Vegas to experience the wild side of life. On her journey, she meets unlikely companions (Russell Brand and Octavia Spencer) who inadvertently help her find her true self.

No confirmed Aussie release as yet, but with a cast like that I have a feeling we should hear something soon.