The first trailer is here for COLONIA which stars Emma Watson and Daniel Daniel Brühl, Watson premiered the trailer on her facebook page which has 30million followers so pretty smart marketing if you ask me.. The trailer only goes for 1 minute but it looks really good! Michael Nyqvist rounds out the cast playing Paul Schäfer, the leader of Colonia Dignidad.

Set in 1973, a young couple become entangled in a Chilean military coup at a time when there is much protest on the streets against General Augusto Pinochet. When Daniel is abducted by Pinochet’s secret police DINA, Lena tries to find and save her husband. She tracks him to a sealed-off village called “Colonia Dignidad”, which presents itself as a charitable mission run by a lay preacher, Paul Schäfer, but is in fact a place which people enter but from which no one has ever emerged. Lena decides to join the cult run by the preacher to attempt to rescue her husband. 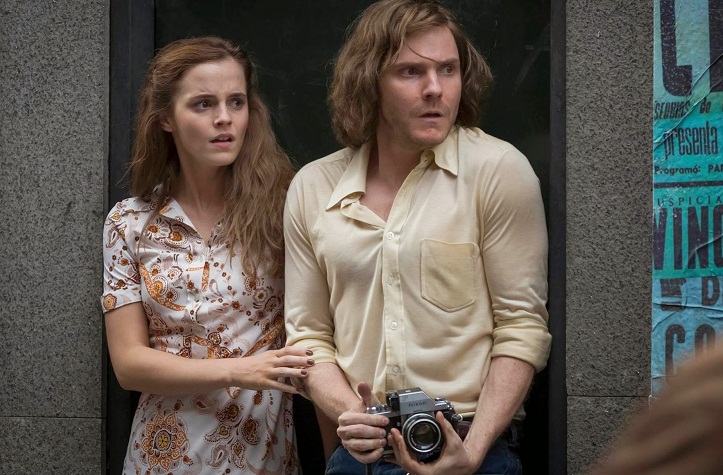 COLONIA has no Australian Release date as yet but it premieres at TIFF (Toronto International Film Festival) in the next 24hours so I guess 20th Century Fox should be announcing a release date soon, well thats if Fox has the aussie rights aswell. Take a look below