Well we all thought creepy girls climbing out of TV screens was well in the past… obviously not because Paramount just dropped the trailer for the upcoming film RINGS… no Naomi Watt’s this time but the cast looks pretty good anything with Vincent D’Onofrio these days I’m in. Take a look below.

A young woman becomes worried about her boyfriend when he explores a dark subculture surrounding a mysterious videotape said to kill the watcher seven days after he has viewed it.

She sacrifices herself to save her boyfriend and in doing so makes a horrifying discovery: there is a “movie within the movie” that no one has ever seen before… 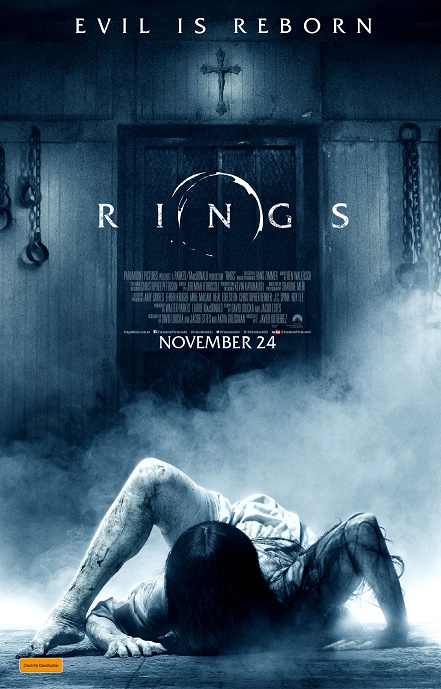