The trailer for Russell Crowe’s directorial debut, The Water Diviner has just been released. The images are powerful and the movie aims to tug at the heartstrings. It will get a Boxing Day 2014 release in Australia. The story is set just after World War and is about Crowe’s character Connor who journeys from the Australian outback to Turkey to discover the fate of his two sons who he believes were killed or captured in the Gallipoli campaign.

The film also stars Olga Kurylenko (Oblivion) as an Istanbul hotel owner, Yilmaz Erdogan (Once Upon A Time In Anatolia) as a Turkish officer who helps Connor in his search and Jai Courtney (Felony). The screenplay was written by Andrew Knight and Andrew Anastasios and shot by veteran cinematographer Andrew Lesnie. The Weinstein Co will release the film in the U.S. 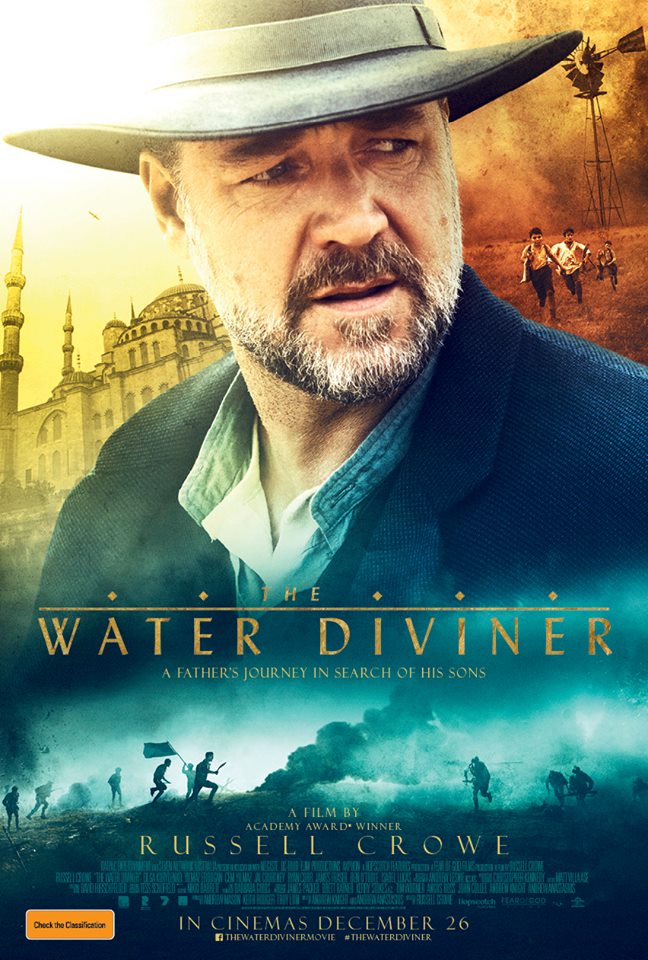 Starring Russell Crowe (GLADIATOR, A BEAUTIFUL MIND) and Olga Kurylenko (OBLIVION, QUANTUM OF SOLACE), THE WATER DIVINER is an epic adventure set four years after the devastating battle of Gallipoli in Turkey during World War I. Australian farmer Connor (Crowe) travels to Istanbul to discover the fate of his sons, reported missing in the action, where he forges a relationship with the beautiful Turkish woman (Kurylenko) who owns the hotel in which he stays. Holding on to hope, and with the help of a Turkish Officer, Connor embarks on a journey across the country to find the truth about the fate of his sons. THE WATER DIVINER is an extraordinary tale of love, hope and heroism.