The Tron PR machine is full steam ahead with Disney putting on a worldwide event last night showing about 23minutes of footage of the upcoming TRON LEGACY which hits Australian Cinema’s on the 16th December. Prior to the footage being shown we also got to see a short video about the game ” Tron Evolution” that will also be coming out to co-inside with TRON LEGACY’s release.

First of all I will say the 23minutes of Tron I got to see literately sent a shiver down my spine I have never seen a film like that on screen before, personally it even kicks “Avatar” to the curb. As most of you know I love visual’s and when the Recognizer comes in to pick up Sam Flynn my jaw pretty much hit the floor, the set pieces look amazing, the set designer’s and CGI artists really went to town. We also got to see a scene with Jeff Bridges which I was just over the moon about but it is a spoiler so ill shoosh now other include Sam Flynn get kitted out in his Suit, footage of the games room etc.

Check out the clip below we got to see a more extended version of it last night but as you can see it looks amazing. Daft Punk’s music also resinated through nearly every clip we got to see and I think I will be buying the soundtrack when it comes out in the first week of December.

Anyways TRON LEGACY hits cinema’s on the 16th December this film is going to be impressive I just really hope the script lives up to the look of the film. 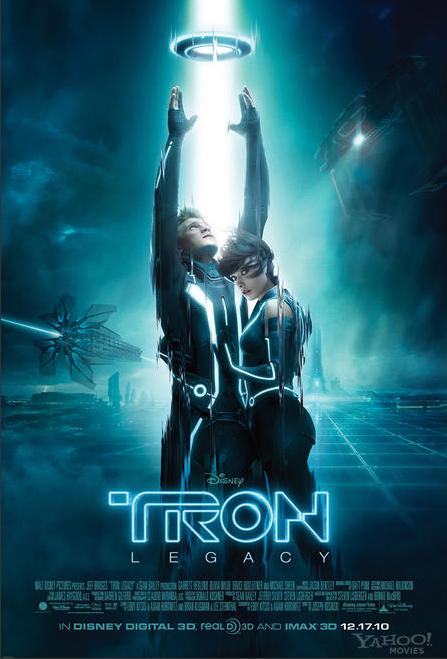