So far, 2017 has been the busiest year on record for Western Australian films. We have seen   A FEW LESS MEN, BAD GIRL, JASPER JONES and HOUNDS OF LOVE on our screens with more to come.

The story goes as follows:

“A girl in her twenties (Liberty Hills) who has recently moved to Perth from Melbourne with her partner, wanders the city bars alone taking some time out for herself. She comes across an improvisational comedy show where she meets one of the performers, a struggling male actor from Perth (Nick Pages-Oliver). They get to talking, and while walking towards the city train station together they discover the train lines are down for maintenance. The girl calls her partner for a lift, leaving a message on his voicemail in the hope that he’ll call her back. The boy, who works in the city offers to wait with her until he does. They spend the rest of the evening getting to know each other and developing a friendship.”

TWO PEOPLE was made in five days on a tiny budget by its dedicated cast and crew. All funds raised by ticket sales for the premiere will go towards film festival entry fees and the production costs of the production team’s next film, shooting in July.

Local independent films like these are a vital part of a thriving W.A. film culture. Support these filmmakers and view the fruits of their labour at 6:30pm, Cinema Paradiso, Northbridge on Monday 26 June, 2017.

Tickets can be purchased here. 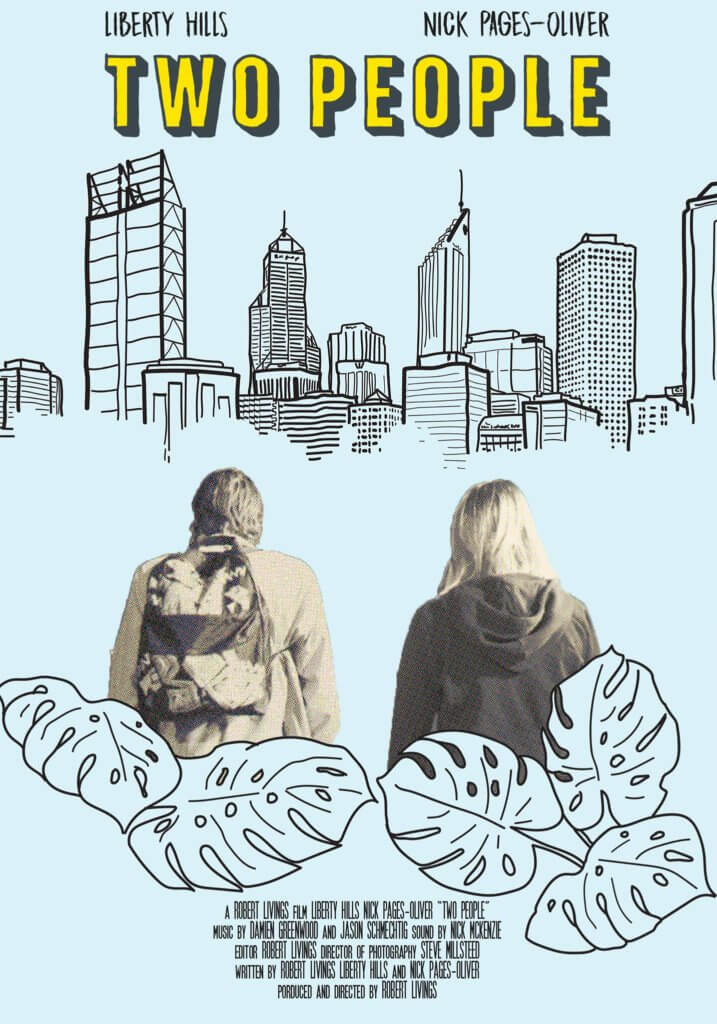