Universal Studios Singapore – the Newest, But the Best?

There are currently four Universal Studios theme parks open for business around the world. While I hate to boast, in the past four years I have visited three of them.

With plans to extend into South Korea, Dubai, and Russia (I know right? A theme park in Russia?!) It looks like I’ll have my work cut out for me if I wish to obtain the title of Ultimate Universal Studios Aficionado.

In fact, up until recently, attending even one Universal Studios as an isolated Aussie has been a challenge, requiring a plane ticket half way around the world.

However, recent developments in Southeast Asia have made tasting that bit of Hollywood much easier for those ‘downunder’. 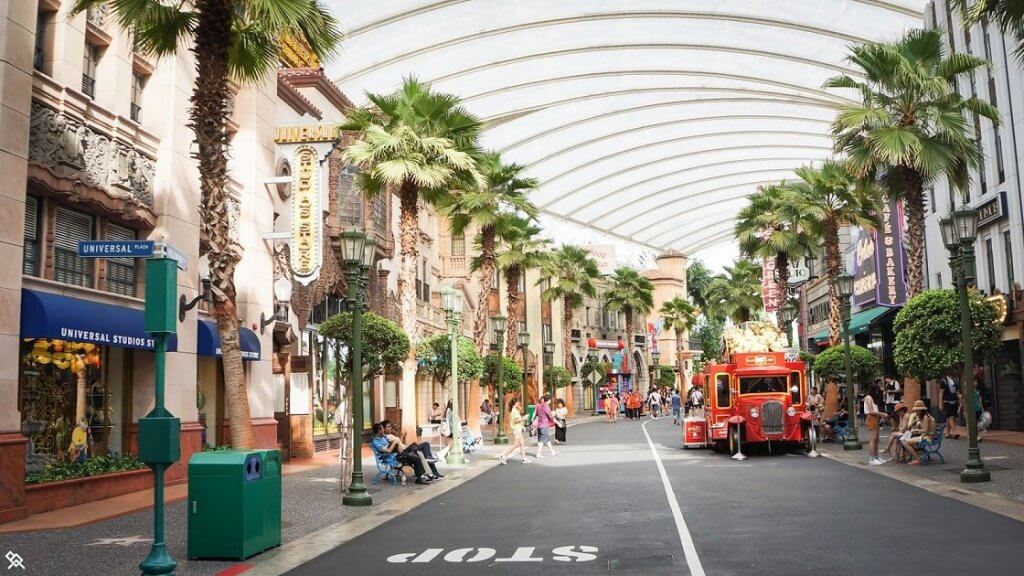 So how does this bouncing baby theme park (only 2.5 years old) compare to it’s older brothers in Hollywood, L.A and Orlando?

There is certainly a sheen to U.S Singapore that is lacking in the other American parks (that are considerably older). There is also the absence of dated rides/shows that can still be found in L.A and Orlando (*cough Terminator 2 3D Show cough* )

The rides are made with the latest technology and are themed on films that are popular today thus upping the thrills.

However, when it comes to theme parks, size does matter. U.S Singapore is located on a lovely resort island around 500 meters off the Singapore mainland. Whilst the tropical island setting is idyllic, it does limit the park to a cute 20 hectares.

U.S Hollywood also has the added bonus of the Studios Tour, with attendees taken on a guided tour around the Universal Studios back lot where they can see real film sets, Hollywood offices and stages that are still used to this day.

Another point to consider, is the few ‘kiddy rides’ and attractions at U.S Singapore, so I’d recommend families with children under six years old wait a year or two before making a special trip.

Despite it’s lack of ‘extras’, there is plenty to do and see at Universal Studios Singapore. It will still require a full day to do everything, and while it does not quite have the same ‘movie magic feel’ that the American parks do, it is a bloody enjoyable day out and a must visit for film fans.

* Shrek roller-coaster – meant for kids but it packs an unexpected punch for a kiddy ride!

*Ride in the front row of the Battlestar Galactica Rollercoaster if you feel like sh***ing your pants!

This article was not sponsored but Universal Singapore supplied accessreel.com with a fast-pass each