Video – Into The Woods World Premiere

The world premiere of INTO THE WOODS has just taken place over in the states with most of the cast attending including Anna Kendrick, Lilla Crawford, Daniel Huttlestone, James Corden, Emily Blunt, Meryl Streep director Rob Marshall and they were joined by the co-creator of the broadway show Stephen Sondheim.

Starring Meryl Streep, Emily Blunt, James Corden, Anna Kendrick and Chris Pine, “Into the Woods” is a humorous and heartfelt musical that follows the classic tales of Cinderella, Little Red Riding Hood, Jack and the Beanstalk, and Rapunzel—all tied together by an original story involving a baker and his wife, their wish to begin a family and their interaction with the witch who has put a curse on them. 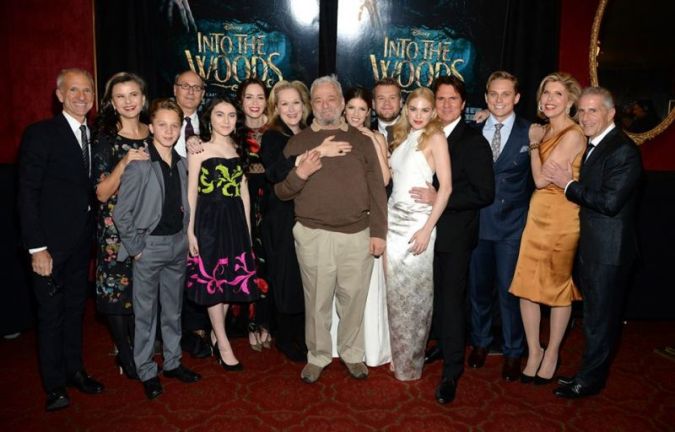 INTO THE WOODS opens in Australia January 8th, hit this link to check out the trailer and see footage from the World Premiere below.