Director James Cameron has revealed who the villain will be for his four upcoming Avatar sequels. Stephen Lang will be returning as Colonel Miles Quaritch, who will be the major antagonist for the following films. Cameron has stated that “…it’s not a whole bunch of new characters every time. There’s not a new villain every time…”. Instead, he will be “…taking characters you know and putting them in unfamiliar places and moving them on this greater journey…”.

Cameron has also taken on the challenge of filming all four films simultaneously. It sounds like there will be one overarching plotline similar to major, pre-plotted series like Harry Potter, rather than individual concepts strung together in the same canon. It will be interesting to see how the first film will fit in, as it appears as an individual film in its own right.

The first Avatar film came out in 2009, but fans still have a long wait ahead for another of Cameron’s visual masterpieces. Avatar 2 is scheduled for release on 18th December, 2020, Avatar 3 on 17th December, 2021, followed by Avatar 4 on 20th December, 2024 and the final instalment on 19th December, 2025. However, the project has been delayed in the past, and being on such a massive scale, there may be further push-backs to come. 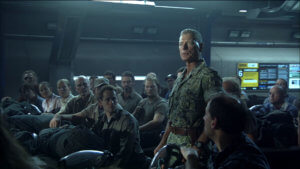