SUBMARINE is the highly-acclaimed debut feature from Richard Ayoade (star of THE IT CROWD and NATHAN BARLEY), based on the hilarious, best-selling novel by Joe Dunthorne.

In his head, 15-year-old Welsh schoolboy Oliver Tate (Craig Roberts) is a cool literary genius. In reality, he’s socially inept and unpopular. Oliver has set himself two tasks for the summer: to lose his virginity (before it becomes legal) and save his parents’ marriage. Suspecting that his mother (Sally Hawkins) is having an affair with old flame, Graham (Paddy Considine), a mullet-wearing, capoeira-teaching, new-age evangelist, Oliver monitors his parents’ sex-life by charting their bedroom dimmer switch. To bolster his endeavours, Oliver forges passionate love letters on behalf of his unsuspecting father to his mother.

Meanwhile, Oliver attempts to woo schoolmate, Jordana. When a calculated attempt at bullying earns him Jordana’s affections, she introduces him to the thrills of pyromania and dictates to him what he should be writing about her in his diary. 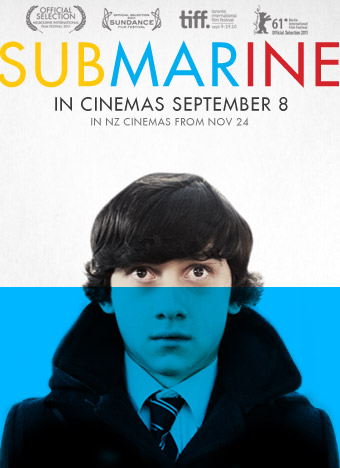 Tell us the two things Oliver has tried doing?

Winners will be notified – Western Australia Only.