“Ofcourse we’ll work together again” Simon Pegg reassured a delighted crowd at San Diego’s Comic-Con International, “but we want this to be a solid little trilogy”.

He is, ofcourse, referring to the affectionately named ‘Three Flavours Cornetto Trilogy’ or the ‘Blood and Icecream Trilogy’; a 10 year collaboration between Writer/Director Edgar Wright, best friend/actor Nick Frost and himself, spawning three linked films: SHAUN OF THE DEAD, HOT FUZZ and the recently released THE WORLD’S END.

Whilst the trilogy refers specifically to the three aforementioned films, we must remember where it all began: back in 1999 on British TV station, Channel 4.

Wright was only 25 years old when given the green light to write and direct the SPACED TV series with Pegg. Even more unbelievable is the fact that Channel 4 allowed Pegg to cast his flat mate (who was a waiter at the time) in a major role.

Luckily the gamble paid off and the rest, as they say, is history!

Whilst Pegg promises the three will work together again in the future (“It’s like having a brief love affair and then coming back to your marriage — and it makes it stronger” he explains), there is an undeniable sense of finality.

With the gaps widening between each project (three years between SHAUN OF THE DEAD and HOT FUZZ – six years between HOT FUZZ and THE WORLD’S END), and with no proposed projects in the pipeline, we can expect a long wait for anything new.

Thus I shall mark the occasion by reviewing and rating their works to date from best to worst….feel free to abuse accordingly in our comments section below. I do LOVE a good debate! 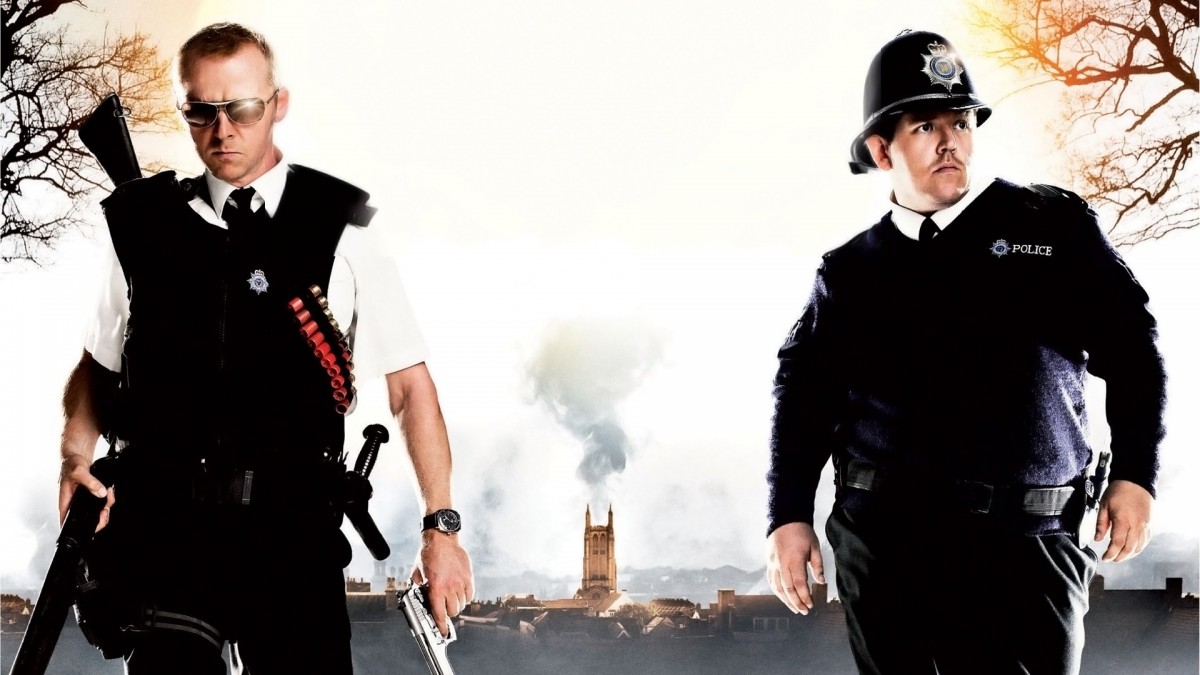 While it is common for second films to fall flat, this fast-paced, super slick, small town extravaganza proves bigger budgets do not always spell creative disaster.

Ripe with satisfying references to both SPACED and SHAUN OF THE DEAD, as well as hilarious intertextuality (“have your every fired your gun up in the air and gone ‘arrgh!?”). HOT FUZZ has enough in-jokes to please the fans and oodles of goodies to temp newcomers to the clan.

An intelligent script ensures every shred of dialogue and each individual shot carries relevant meaning, acting as a precursor to every character’s demise.

The cinematography and editing is insanely polished and the performances inspired – but the real star of this film is the soundscape. Subtle but oh-so-effective additions of seemingly irrelevant sound effects interacting with the on screen action (such as the pub til drawer pinging open when Sgt Butterman’s attitude towards Sgt Angel instantaneously changes from amusement to admiration) add a depth that helps propel HOT FUZZ into top spot.

The Next Best: SPACED 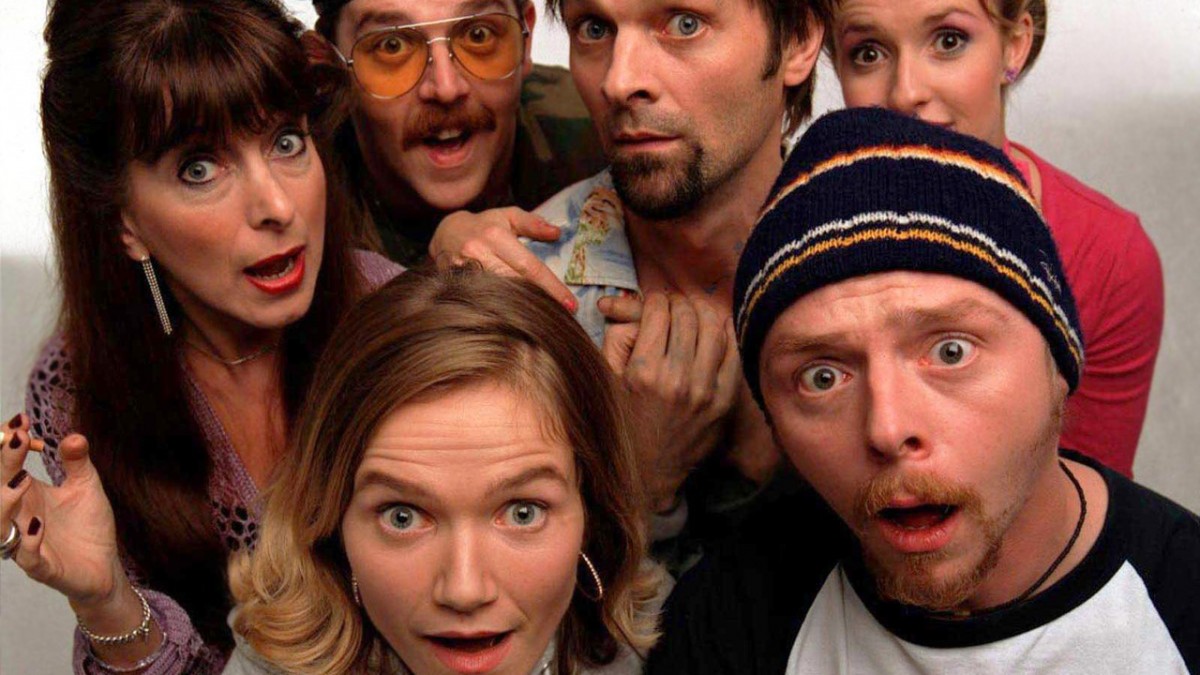 Produced on a measly £160,000 (or roughly $270,00 Aus) SPACED is every media student’s dream: packed with references to, and pastiches of, various movies and TV shows – some obvious and some incredibly obscure.

Despite the budget and time constraints, Wright’s almost obsessive desire to ‘get it right’ is clear. Watch the behind the scenes footage and you’ll see him literally drive his cast to distraction as he forces them to repeat a simple shot of climbing a staircase. This passion and drive resulted in a slick and visually impressive series.

Second from the Bottom: SHAUN OF THE DEAD 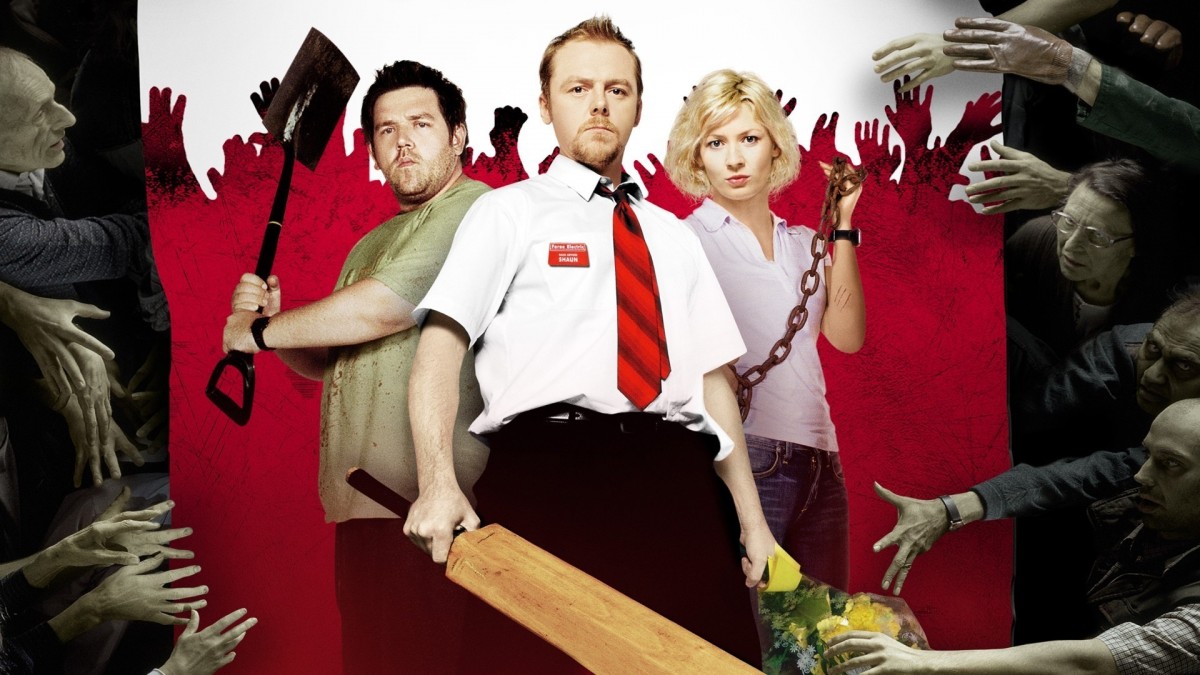 Coming in second last (yet still undeniably an awesome film) is zombie romp SHAUN OF THE DEAD. With a kick ass soundtrack, super cool special effects and a unique, comical take on your typical living dead scenario, SHAUN OF THE DEAD propelled Wright and Pegg into the limelight in a big way.

Incredibly funny, but still full of warmth and heart, SHAUN OF THE DEAD holds a very special place in my film-loving heart.

Bottom of the Pile: THE WORLD’S END 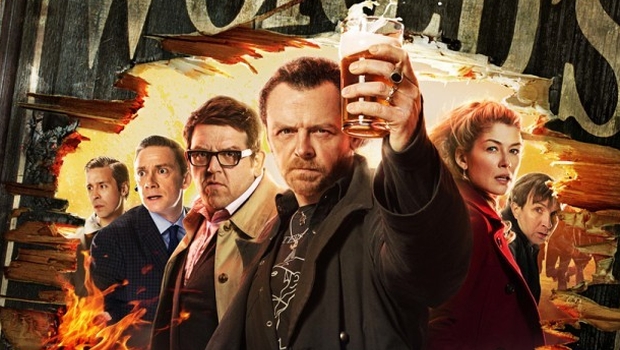 While I thoroughly enjoyed this film, I’ll admit I’m a little heart-broken the trio ended on what is, I believe, the weakest link.

Yes, the clever story operates on a number of levels: self-confessed conformists rebel against conformity, loss of identity via corporation (or “starbucking”) and addiction to name a few. And yes, the intelligent visual precursors to plot are ever-present (just look at the name of each pub; it directly links to the event that then takes place in that pub).

However, THE WORLD’S END just isn’t as slick in it’s execution as their previous works.

Whilst starting strong, the cinematography and editing are not as consistent, with periods playing out (visually) like any other standard flick. There are certainly inspired moments that make you go “wow!” but his previous work had that wow-factor all the way through.

Whilst linking nicely into to SPACED, SHAUN and FUZZ (it is pretty darn cool when a director can intertextualise with his own films) THE WORLD’S END is undeniably different in feel and format to their previous offerings.

This change of format is, undoubtedly, a clever move, and this is certainly not where my minor disappointment lies. THE WORLD’S END just doesn’t have the polished technical elements present in their previous works… It feels almost a little rushed – as though Wright wanted to sit back and enjoy their final romp rather than be the meticulous leader he usually is.

Let me make it clear: It’s still a bloody good film and can hold it’s head high among the trio’s collaborative body of work, it just didn’t provide the epic conclusion I was hoping for.

I invite all arguments below  🙂