In Perth Arena’s short two and a half year history, it has successfully brought the world’s best sporting and entertainment events to Western Australia. The state of the art entertainment venue has led the way for artist and fan experience and triumphed on the world stage. Many artists rave about the venue’s acoustics, but just as important the fans continue to return multiple times a year for different shows.

Since opening with Sir Elton John in November 2012, over 2 million people have visited the venue for over 200 major events.

Perth Arena has also given our sporting favourites an opportunity to thrive and excel. The venue has hosted the Hopman Cup with record attendance and stellar players, such as Andy Murray, Serena and Venus Williams, Jo-Wilfried Tsonga, Novak Djokovic as well as Ana Ivanovic, all valuing the tournament for their Australian Open preparation.

The Perth Wildcats have scaled new heights on and off the court by regularly playing in front of more than 12,000 people, transforming the CBD into a sea of red on a Friday night. 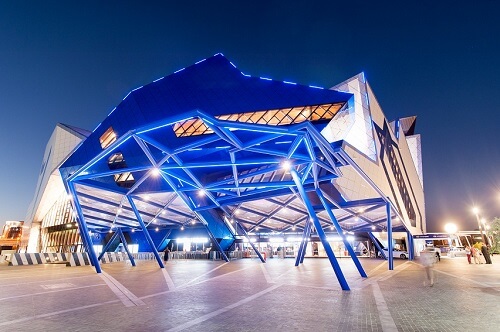