Damon Gameau (creator of That Sugar Film) goes on a journey to uncover what 2040 might look like for his four year-old daughter, Velvet, if humans embraced positive solutions to climate change and implemented regenerative change immediately with already available technologies.

2040 is an uplifting documentary. It’s refreshing to hear somebody preach about how great the future could be, rather than fear mongering about the inevitable demise of the planet within the human lifespan. Gameau’s documentary is the first spark that ignites a conversation on how we might do better collectively, and it’s particularly exciting that all the solutions proposed already exist in some form today and are entirely feasible. The use of CGI lets the audience imagine what a future with these technological solutions implemented may look like. This film is just the very start of a much larger conversation in a different, more positive language than before, and this narrative and hopepunk genre of documentary has a long way to go yet.

However, one question you may have watching this film is ‘what can I do today to initiate change?’ The CGI dream is utopic and very intriguing. With all that bubbly goodness stirring in your stomach as you leave the cinema, where can you direct your energy? To the What’s Your 2040 website, for one, but for a film to lead to a website is a little disappointing. The website itself suggests, surprise surprise, voting according to climate change policies and donating money to particular organisations, practises which are estranged from their end result and rather disheartening. The solutions proposed within the film itself are broad, systemic changes, that many people have little influence in, but this point is directly addressed on the website itself.

Gameau’s heart is in the right place, and I recommend this film to everyone purely for its inspiringly motivational content and progressive views on climate change. I think it’s an important move in the right direction, away from denial in the face of overwhelming and paralysing helplessness, and towards plausible solutions.

However, looking at the film critically, the structuring of information is spasmodic. The opening of the film goes in hard with relatively dense climate science in a poor ‘house’ analogy. Gamaeu’s explanation of the carbon cycle is obviously necessary, but might have been better presented. The film waits too long between raising important questions and proposing solutions, making it difficult to follow the film’s train of thought. The lack of a consistent animation style is distracting, and a little childish (which I understand might be because it is written for Gameau’s daughter, but the audience is larger than one four year-old). The humour is also pretty cringe-worthy, and seems to be aimed at an older generation, despite the film targeting the generation who will experience climate change consequences within their lifetime. Gameau has a captive audience – the youngest generations are the most aware and willing to influence systemic upheaval, and the most ready for a wholesome yet realistic narrative – yet the film misses the mark. Audiences will have to go in committed to the message of hope, and shrug off the weird continuous references to Gameau and his wife doing sexual yoga poses.

Overall, 2040 is an exciting premise with some poor execution. Regardless, go watch it.

To register with the Regeneration and see how you can affect change, go to the What’s Your 2040? website by clicking here.

Note: Regeneration plans are different for each individual depending on what they can feasibly donate to the cause. The options outlined (along with joining the Facebook group and switching internet browsers) were the ones provided to the author given her personal resources.

The Conjuring: The Devil Made Me Do It Review 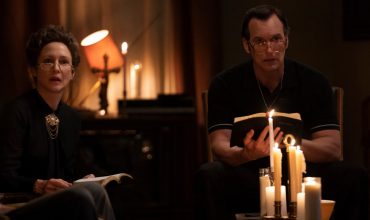 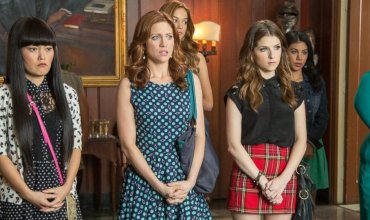