This film arrived on Australian shores with flop and bad stamped all over it.  It’s been a massive box office failure in the US and most critics have partaken in the heavily ladled abuse dumped on this film before it was even released.  So does it deserve all the negativity?

47 Ronin tells a story of a band of samurai who have lost their master. After being exiled from their home, they set out to avenge his treacherous death at the hands of Lord Kira. Enter Kai, a humble “half breed” with more to him than meets the eye. Kai must join the 47 Ronin to not only avenge his honour but save the woman he loves.

It is important to note that it is not based on, but takes inspiration from the true story of the 47 Ronin and Japanese mythology.

Visually, 47 Ronin is beyond beautiful. The costume designs alone are complex and pleasant to stare at. Even the villains are not just dressed in black, but purple and silver are mixed in to highlight the details in their armour.   Everything from the clothes, makeup and sets are exquisite, colourful, vibrant and look authentic. None of the creative licences designers sometimes take on these type of films, are found here. I could go on and on about the details but I would run out of space

The CGI effects are not centre stage as some people would have you believe; there are about five scenes where CGI is used.  But when utilised, they have a mighty epic feel that is believable.  In other words, very well done, especially with the witch and the eagle faced “demons”.

Keanu Reeves makes for a good monotone and humble killing machine, his style of acting is perfect for his character, Kai.  He is not the protagonist of the story though.   The heavy dramatic lifting’s done by such characters as Oishi (Hiroyuki Sanada)  and Rinko Kikuchih’s witch. Hiroyuki Sanada in particular has real screen presence, his emotion are conveyed almost entirely through his noble, fearless expression rather than dialogue.

This is Carl Rinschs first full-length directorial feature and much has been made about him going over budget. I am not sure why the audience needs to know that, it doesn’t directly affect us.  I thought he did a good job by mixing the fantasy and chambara elements that made this an interesting and well done hybrid film.

My criticism of the film is that Keanu does not have a lot of dialogue to work with, which some would say is because he plays a humble “half breed”, but surely they could have given him few extra lines.  Also, the movie poster would make you think that Rick Genest has a lead role.  Let me just say to all his fans, he is in it for  20 seconds, if not less.

There was no reason to turn 47 Ronin into a 3D film.  There maybe one scene where the 3D worked in it’s favour, but that’s where it ended.  Save yourself the cost of a 3D ticket and just buy the regular one.

So to answer if all the negativity is justified – no it’s not.  It’s a fantasy movie with substance.  If you’re looking for a Jackie Chan style samurai movie, this is not for you. If you’re looking for a beautifully filmed movie, and a good story line with a not so typical Hollywood ending, see this film.  It is worth it.  I rated it 7 out of 10 stars. 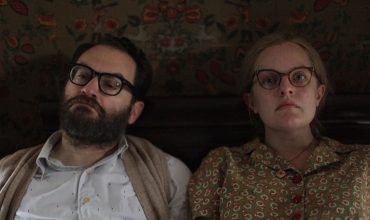