It is 1692 and King Louis the XIVth of France is moving the aristocrats and nobles of the court to Versailles. André Le Nôtre, the landscape architect (Matthias Schoenaerts), has been tasked with creating the parks and gardens of the new palace. The scope of the enterprise is so vast that he advertises for other gardeners, builders and architects to take on sections of the work. One of the candidates is Madame Sabine De Barra (Kate Winslett) a woman who has unconventional ideas about what comprises a beautiful garden.

Andre is designing Versailles in the recognised  jardin à la française style of the time. The garden is formal and represents both the triumph of order over chaos and the rule of the King over his subjects. Sabine is a proto-bohemian who thinks gardens should be designed less symmetrically and more naturally. The duo have an intellectual opposition and yet, at the emotional level, there is an attraction.

At their first meeting, Le Nôtre is not impressed with De Barra’s ideas, however this movie is a historical romance, so after some shenanigans that were far too subtle for me, Le Nôtre gives De Barra a gig. The job is larger that anything she has attempted before and there are many who would prefer to see her fail. This is one of the two main strands of the story; the other – Will the widowed Madame De Barra get it on with the married, celebrated garden guru André Le Nôtre?

Apart from this, the film has interesting glimpses of life at the royal court, but these never resolve into a clear feel for the strange life lived by the upper crust at Versailles. We understand this is a world where gossip and intrigue occupy the aristocracy and where the monarch has supreme power, however there are few scenes that immerse us completely into this truly unusual existence. The 17th Century as a whole  is far removed from our experience. For film-goers and filmmakers this period is informed by movies like The Devils (1971), The Draughtsman’s Contract (1982), Restoration (1995) and Girl with the Pearl Earring (2003). A LITTLE CHAOS evokes the time with its brilliant production design, ravishing costumes and excellent cinematography, but the script isn’t up to this standard.

Madame De Barra is fictional and to some extent she is more an ideological construct than a believable character. If she is a widow who has either inherited wealth or maintains a business, this is never made clear. These details would be of great importance in a more down-to-earth drama, but the mission of this movie is to tastefully argue for Madame De Barra’s artistic freedom and right to love whomever she pleases. These are fine concepts but they require working out dramatically. Instead we have the Madame’s intelligence, integrity and reticent charm sweeping all before her.

The reason this works at all is that Kate Winslet is a consumate actor being directed by the equally excellent Alan RIckman. In fact the cast is largely fine British thespians acting up a storm. Rickman plays King Louis XIV, Helen McCrory is Madame Le Nôtre, and Jennifer Ehle is the King’s mistress. American actor Stanley Tucci plays Philippe, brother of the King and Belgian Matthias Schoenaerts is André Le Nôtre, the brooding, genius landscaper. These talented performers inhabit their roles and thus this vision of 17th Century France is believable for a time. Just don’t think too much about it afterwards.

A LITTLE CHAOS runs for 117 minutes and is currently screening in Australia in limited release. 6/10 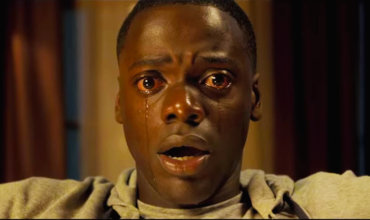 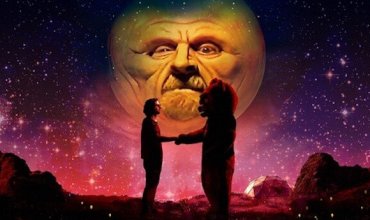