Emily Dickinson was born in 1830 and lived until 1886. She never travelled far from her home in Amherst, Massachusetts and she published no more than a dozen poems in her lifetime. Her social circle was her family and a few friends. She wrote late at night, so she could think and not be disturbed. As she grew older, she withdrew from contact with the visitors to her home. She earned a reputation as an eccentric who wore white and spoke to visitors through the door of her bedroom. Her sister Lavinia and her sister-in-law Susan were her closest confidants. The cause of her death at fifty-five was recorded as Bright’s disease. It was Dickinson’s wish that her papers be destroyed after her death. Lavinia burned much of her sister’s correspondence, but because Dickinson hadn’t made her wishes explicit about her poems, some 1800 works were preserved. Lavinia went on to publish the first edition of her sister’s work.

These are the bare bones of Dickinson’s biography. One of America’s greatest poets corresponded prolifically, but as she aged, rarely saw anyone face-to-face. She was a local curiosity, but didn’t live to see her writings appreciated. She wrote, re-wrote and edited her work obsessively and yet all of it could have been burned were it not for her dedicated sister.

A QUIET PASSION is a film about Emily Dickinson’s life by director Terence Davies. Dickinson is played by Emma Bell as a teenager and Cynthia Nixon as an adult. Jennifer Ehle plays Lavinia. Keith Carradine plays their father Edward Dickinson. The story is told chronologically, yet director Davies uses the biographical points of the poet’s life impressionistically rather than as a simple narrative. In one particularly slick use of digital magic, Bell’s younger Dickinson ages into the adult Nixon. The sequence reproduces the famous daguerreotype of the writer and it demonstrates Davies’ firm take on the material; it is one of the few photographic images we have of Dickinson and its recreation serves as a comment on her themes of ageing and mortality.

The movie is a US-Belgian co-production with the bulk of the shooting taking place in Belgium. The sense of place is entirely believable. We see Dickinson as a member of the New England elite and she has status because of this, but has no status nor recognition as a woman writer. Her family circumstances allow her to write, but society has little interest in that writing. She remains unmarried and effectively sidelined from what most regard as a “normal” life. She sees this as unjust and it abraids her spirit. This deep discontent runs through her poetry .

Davies weaves her words through numerous sequences. Sometimes we hear them in play as when she recites the poem “I’m nobody! Who are you?” to her baby nephew and other times it is almost part of the soundscape and a commentary on unfolding events. If you have an ear for the spoken word, then the insight and power of Dickinson’s writing is made manifest. Cynthia Nixon is terrific as the poet. As in all films about writers, she spends little time actually writing, but we do her see her creating the small books and packets into which she compiled her writings; the care she put into physically crafting her books is part of Dickinsonian lore. Nixon’s performance is the centrepiece of a film conceived as an artistic expression and tribute to the writer.

A QUIET PASSION is a film aimed primarily at those who appreciate poetry, writing and Dickinson. It is in limited release in Australia. Duration 2hrs and 5mins. (8/10)

Mea Maxima Culpa: Silence In The House Of God 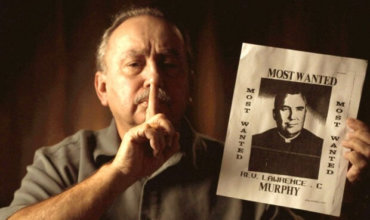 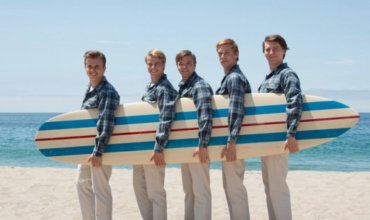