Seasoned musician Jackson Maine discovers — and falls in love with — struggling artist Ally. She has just about given up on her dream to make it big as a singer until Jackson coaxes her into the spotlight. But even as Ally’s career takes off, the personal side of their relationship is breaking down, as Jackson fights an ongoing battle with his own internal demons.

A Star is Born is the third official remake of the original film dating all the way back to 1937. Judy Garland and James Mason were in the 1954 version and Barbra Streisand and Kris Kristofferson were in the 1976 version. The concept was reworked yet again in the unacknowledged 2001 knock-off Glitter, starring Mariah Carey and Max Beesley.  This time around it’s Lady Gaga and Bradley Cooper in the leading roles with Cooper also taking the helm in his directorial debut.

Clint Eastwood was originally slated to direct this back in 2011 with Beyonce starring, but the film never got off the ground. Fast-forward to March, 2016 when Bradley Cooper signed on and within twelve months principal photography commenced at Coachella where Lady Gaga was headlining.  The entire film was shot in just 43 days, for a relatively small budget, but doesn’t feel that way. Bradley and Lady Gaga called in favours from all over to make their movie.

Bradley has travelled a long way from the front rows of James Lipton’s Inside the Actors Studio where like many students of the school, he sat in the audience listening to famous actors telling their stories. Bradley learnt his craft well and with his debut film as director, he proves he is capable of just about anything. We knew he could voice a computer-generated racoon, but here he impresses us even further with his dedicated performance as the raspy-voiced Jackson Maine, the alcohol and drug dependent superstar.

I particularly like his directing style in the on-stage sequences. The camera work makes us feels as if we’re right up there with Ally and Jackson.  The connection between the duo is so believable that it feels like they have been together for years. I want to call Gaga by her real name Stefani because its definitely not the Gaga we have seen before. She’s completely stripped back to her raw form and what she gives us absolutely makes this movie. It’s now tough to imagine Beyonce playing the main role. Gaga brings it for me; that voice, those eyes and that nose, this is Ally Maine.

There is one other performance in this film that stands out for me, Sam Elliot, who plays Jackson’s brother Bobby. It kinda feels like Bradley is doing an impression of the man’s voice. Sam’s performance absolutely destroyed me in one scene, which I won’t go into detail, but it was all in the eyes. They looked right through me.

I hate to nitpick, but there are a few moments mid-way through where the movie lost me. The first half is definitely more solid then the second, yet I do appreciate why the narrative had to go the way it did to continue the story. Towards the end, there were a couple of sequences that needed greater gravitas to have proper impact.

Not surprisingly, the film has an amazing soundtrack. Bradley actually sings and obviously Gaga with those pipes delivers her songs memorably. I feel a Best Original Song Oscar nomination is extremely likely, so hopefully we will see Bradley and Gaga on stage again, singing early next year. Awards-wise, I feel Bradley, Gaga and definitely Sam Elliot stand a good chance of getting nominations. Some of the earlier versions of this story also picked up Oscar gold with Streisand receiving one for her performance in 1977.

I predict that this new version of A Star Is Born will become a timeless classic. I have no idea how director Cooper will top this. The film is in cinemas now. It runs for 2 hours and 17 minutes. I rated it 8/10. 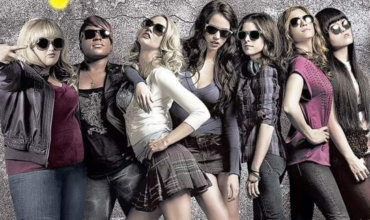