Real-life American writer Bill Bryson (Redford) is enjoying a settled existence in New Hampshire. He lives there with his English wife Catherine (Emma Thompson) his children and his grand-children. Something, possibly the death of a colleague, leads to his decision to walk the Appalachian Trail. The AT as it is known to many, is 2,180 miles (3500 kilometres) in length, it crosses 14 states and stretches between Georgia and Maine. It is a physical and emotional challenge that many embark on and few complete. Catherine doesn’t like the idea of her late-middle aged husband going on a physically taxing adventure. She insists he at least be accompanied by a friend. An extensive search turns up Stephen Katz (Nick Nolte), an out-of-shape buddy from college days. He is extremely unreliable in many ways, but he is the only one who is prepared to tackle the Trail with Bryson.

After some preparation, the two hit the AT fully intending to cover ten miles-a-day. Almost immediately they discover their low levels of fitness are more of an obstacle than they had imagined. Much to their annoyance, the Trail is filled with super-healthy youngsters zipping ahead. From here, the film becomes a series of episodes involving other hikers and their habits, the ever-present dangers of bears and the physical punishment of hiking.

I will blow no one’s mind by pointing out that a movie starring 79-year-old Robert Redford and 74-year-old Nick Nolte is aimed at an older audience. Much of the humour of this tale is of the “old-geezers-proving-they-still-got-it” variety. Most of these gags creak and pop like your granddad’s joints. The scenery (mostly shot in Georgia) is stunning. The story is serviceable. Sadly, Emma Thompson’s role is “good-hearted English nag”, which is a waste. Redford, whose go-to mode is restrained subtlety, seems out of his comfort zone here, but as he is also the producer who loved and optioned Bryson’s book, he knew what he wanted. Doubtless Redford was first attracted by the opportunities for slapstick that abound in this story. Seriously, Nolte and Redford fall over A LOT.

Originally, Redford intended to make the movie with Paul Newman. Newman’s death led to the script being shelved for years until the idea of casting Nolte was floated after his work in THE COMPANY YOU KEEP (2012). This is Nolte’s best and most prominent role in some time. He takes the part of Katz and makes it his own. He is the most believable and life-affirming character in the picture, and a delight to watch.

Time and reality is bent in strange ways to accommodate this movie. The actual book was written in 1995 when Bryson was 43. Redford, almost 80, is playing current day Bryson who is 63. Emma Thompson (58) is within range of real Bryson’s age but is a generation younger than real Redford. It also has to be said that Redford’s version of Bryson has none of the intellectual smart-arsery possessed by the original. And yes, this is the territory of nit-picking reviewers and has no bearing on whether most people will enjoy this film or not.

A WALK IN THE WOODS had a strong opening weekend in the US. It cost a mere snip to make (US$ 8 million) and has already taken US$ 10 million. So if you want to spend 104 minutes in the company of Mr Nolte and Mr Redford trek to your local cinema and purchase a ticket. This is a gentle comedy that never goes deep, but its heart is in the right place. (6/10) 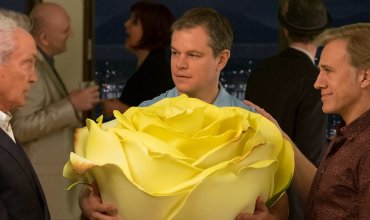 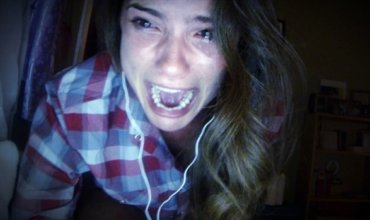