A crash landing leaves Kitai Raige and his father Cypher stranded on Earth, a millennium after events forced humanity’s escape. With Cypher injured, Kitai must embark on a perilous journey to signal for help. The latest film from M. Night Shyamalan is sneaking into cinemas later this week without a huge amount of fanfare, the marketing campaign for the film has focused on almost anything but M. Night’s involvement. However this is coming from the creative force behind both ‘The Sixth Sense’ and ‘Unbreakable’, and after an unfortunate run of disappointments including ‘The Happening’, and more recently ‘The Last Airbender’, we’re well overdue for the filmmaker to turn things around.

‘After Earth’ sets itself in a bleak future where mankind has long since been forced to leave their home world and colonise another. Advanced technology, space travel, and war help build up the setting for this tale to unfold but all of those things are quickly stripped away so that M. Night can focus on what this film is really about, a son’s relationship with his estranged father, and the survival tale that forces them together.

Plot wise it’s all very straight forward, cutting through peripheral issues and at approximately 100 minutes long ‘After Earth’ doesn’t overstay its welcome, in fact it maintains a fairly healthy momentum for most of the film. Unlike some other sci/fi films this is definitely lacking an immersive mythology that audiences can really delve into, where it works best is as a survival, adventure, and coming of age story with a sci/fi backdrop.

The film builds up its environment effectively, and explores a few different tangents along the way though none of these are taken through to any sense of natural conclusion. Thematically things can become a little heavy handed but fortunately the narrative beats switch back and forth with a few action set-pieces and scenic landscapes. For the action in the film M. Night makes a lot out of fairly simplistic sequences, and builds on them with tension and some sudden attempts to frighten here and there.

With a small cast the success of the films relies heavily on the performances of Will and Jaden Smith. Here Jaden does a decent job of what appears to have been a difficult performance for the young actor. With some heavily reliance on visual effects he is often acting against non-existent cast members who were either inserted in post-production or were off camera all together. Will Smith gives a fairly subdued version of his usual charismatic self, electing for a harsher approach to the role which fits with the context of the film far better that his more familiar performance would allow.

On the visual effects side of things with a reported total production budget of approximately $130 million, the results don’t look quite as good as the film needed them to. The physical sets and scenic vistas look great, but where things fall down a little is with the more intimate effects, specifically when actors are interacting with digital characters etc.

‘After Earth’ isn’t the return to form that M. Night Shyamalan fans are hoping for, but at the same time it’s definitely a step in the right direction and more enjoyable than his previous two films. It’s a simple tale and narratively is a bit clunky at times, but there are still some enjoyable action scenes and dramatic beats that carry the film well enough to see it through. I’m giving ‘After Earth’ 5 out of 10 stars, it’s released in cinemas from Thursday 13th June 2013. 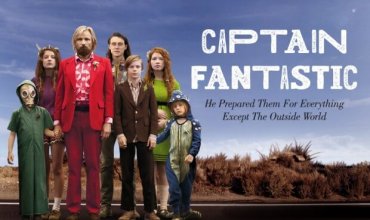