A look at the lives of the strong-willed women of the Weston family, whose paths have diverged until a family crisis brings them back to the Oklahoma house they grew up in, and to the dysfunctional woman who raised them.

August: Osage County comes from director John Wells and writer Tracy Letts. The film is an adaptation of a play of the same name also written by Letts. Wells has a lengthy writing and producing filmography but a shorter directing career, his previous efforts include episodes of ER and the 2010 film starring Ben Affleck, The Company Men.

August: Osage County is a film primarily brought to life by well written characters, and excellent performances from the cast.  Centred around one significant event for the entire film, the story focuses on a family coming together at a difficult time, as we’ll as the complex relationships and heavy histories that exist between them.

Without a lot happening story-wise, a film such as this is dependent upon exploring the relationships of its characters and the drama that ensues when they come into conflict. In this regard, August: Osage County doesn’t disappoint. The script achieves a sound balance of drama and comedy, however leaning more towards a dramatic tone for the majority of the film.

Each character progresses along a well-structured arc and it’s interesting to watch them interact and evolve in varying directions throughout the course of the film. The drama is likely to be relatable for audiences on some level, because its key theme is family, and like it or not we all have one in one form or another.  As they say no one can hurt you more than the people who love you, and that notion is displayed in abundance here. There’s never a dull moment and there are scenes so well-crafted and edited together that you’ll feel as though you’re in the same room as the characters you’re watching.

Based on a play and electing to remain close to the source material, August: Osage County takes place primarily within one location, sparing a few brief scenes elsewhere. However this doesn’t limit the film in any way, the focus is on the characters, and that’s where it shines. Bringing together a great cast the performances all round are commendable. The opening scene to the film is pitch perfect for the drama that follows it, and it would be remiss not to mention specifically just how good both Streep and Roberts are here,  they are excellent.

Set in Oklahoma, the colour palette of the film is effective in capturing the raw heat of the setting, the physical sets look old and well lived in and the visual tone of the film provides a heat weathered nostalgic feel to the look.

August: Osage County contains some hilarious moments effectively injecting some dark humour into what is more often a dramatic family centric story. I’m giving it 7 out of 10 stars, it’s released in cinemas across Australia from 2nd January 2014. 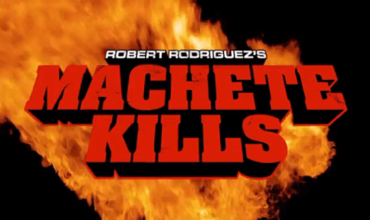