BAD MOMS was a smash hit comedy of 2016. It cost US $20 million to make and took an impressive US $183 million at the box office. With numbers like those, a follow-up was always on the cards, however the fact the original debuted in July 2016 and the sequel was released at the end of October 2017, suggests a swiftly made production. On a first watch, it appears the screenplay was the area that could have done with some more time and attention.

The set up is the contrived idea that unexpectedly, the Bad Moms are visited by their own moms this Christmas, 2017. Apparently none of the moms were expecting a “visit from grandma”. This is supposed to indicate the essential dysfunction between the Bad Moms and their moms. The believability of the mother-daughter match-up is good with Carla (Kathryn Hahn) and Isis (Susan Sarandon) and even more so with Kiki (Kristen Bell) and Sandy (Cheryl Hines). The idea of Mila Kunis being the offspring of Ruth (Christine Baranski) and Hank (Peter Gallagher) requires some suspension of disbelief.

The centre of the story is that the Bad Moms feel overloaded by the responsibility to organise, shop, buy, cook and gift-wrap the perfect Christmas. Then mix in the difficulties of their mother-daughter relationships and stand back for the laughs. Christine Baranski’s Ruth is a perfectionist. Cheryl Hines’ character wants to be too close to her daughter. The Sarandon character seems barely to be in the life of Carla and her son. All three of these family set-ups is tested and the results are some pretty funny scenes, some averagely amusing ones and some acceptably heart-felt hits of emotion.

The original BAD MOMS was a tight-piece of work from co-writers and co-directors Jon Lucas and Scott Moore. It was a crude, smart and consistently hilarious movie with top comedic talent in unexpectedly funny situations. There are some mis-steps in the sequel leading to some flat moments. Even within the over-the-top world created by Moore and Lucas, some of their story decisions are poor on this outing. The Amy and Ruth Christmas struggle, which is given the most screen time, is not that believable. What sells it is Kunis and Baranski’s acting talents. They are funny and eventually touching in their connection and you care about what happens to these two. More often than not, the performance skills of this very talented cast is what makes this watchable even when what is happening is not on-point. Having said this, all the scenes with Carla and her potential stripper boyfriend Ty Swindle (Justin Hartley) are great.

So if you’re a fan of the first movie, prepare for the Yuletide onslaught of the Bad Moms and their own learning-to-be-better moms. It’s a level down from the last offering, but if you know that and you knock back a little Christmas egg-nog first, then chances are you’ll (yule) be entertained. (6/10) 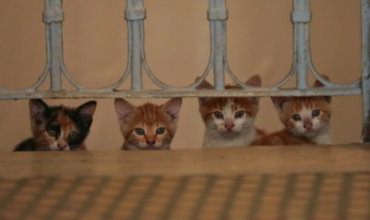 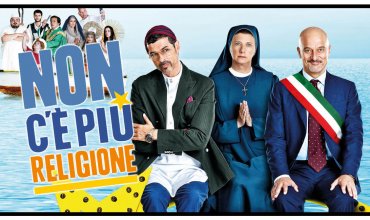