The live action version of one of the most beloved and Oscar winning Disney animation is finally here.

Belle (Emma Watson) and her dad Maurice (Kevin Kline) live in a “provincial town” where the dense locals consider them to be strange. One day, Maurice finds himself lost in the woods and caught up in bad stormy weather. He quickly comes across a large castle where he decides to take shelter. Unbeknownst to him, this castle belongs to the Beast, who takes him as his prisoner when he sees him stealing a rose. 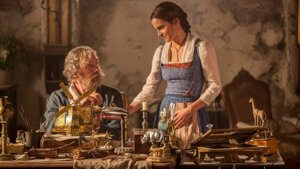 A concerned Belle sets out to locate her missing father when his horse returns without him. When she finally finds him in the castle, Belle makes an offer to take her father’s place in return for his freedom. An offer the Beast did not expect or knows what to do with. With that the “tale as old as time” begins.

Beauty and the Beast does stick mostly to the original story, thought, there are some additions to further delve into the back story of the Beast and Belle. As well as an extra song, which is used to explain his feelings towards Belle. They could be deemed unnecessary but are pleasant additions to the overall storyline.

The computer generated designs of Mrs Potts and Chip caused some disappointments when they were originally released. However, they look as “realistic” and reasonable in the film as a talking teapot and cup can be.The special effects and set designs are superb and give the Disney-esque magical vibe all fans hoped for. The iconic dance scene between Belle and the Beast is particularly entrancing. 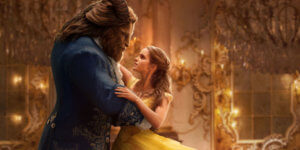 Beauty and the Beast hosts a large number of talented individuals. Emma Thompson, Ian McKellen, Stanley Tucci and Ewan McGregor are great as the comical ornaments and appliances. The creators couldn’t have picked a more ideal actor than Luke Evans to play Gaston. He manages to embody this narcissistic and superficial character inside and out. He also provides a number of humorous moments in the beginning of the story.

Kevin Kline doesn’t quite resemble his animated counterpart but he is as lovable in his small role. Dan Stevens – who plays the Beast and had to do so on stilts – only has two scenes in the end as a human. While the special effects team had to do a lot of the heavy lifting in visually animating the Beast, it is all based off of his movements and acting abilities.

The weakest link is Emma Watson. Her fans will love her as Belle but the rest of us might have a different reaction. She has some good moments where her acting reaches beyond just eyebrow movements, however, she is merely adequate in this role. This is only highlighted by the fact that she is acting alongside some of the best in the industry. With that being said, all the negative backlash regarding her singing abilities were unnecessary – she can sing.

The soundtrack is just as famous and iconic as the story itself. This time around, the same songs have been re-worked by “modern” artists for the new and younger audiences. They do sound nice but they could never compare to Celine Dion and Peabo Bryson. Interestingly, Dion does lend her incredible vocals to the closing credit song.

Overall, the live action Beauty and the Beast is a delightful and magical two hours on screen which everyone can enjoy.

Beauty and the Beast is in cinemas now. 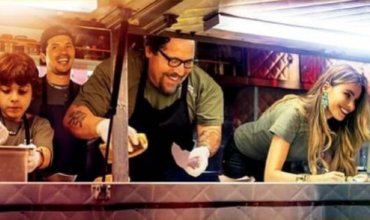