Revelations Perth International Film Festival is only days away and what better way to launch the festival than with Bond himself.

Becoming Bond explores the life and career of George Lazenby, who is best known as the the only Australian who has ever played James Bond. In what seems like stranger than fiction, Lazenby narrates his story while re-enactment of his life plays on screen. Becoming Bond dives into his early life in Australia as a school hating young teen, his first love, and career as a mechanic. Followed by the obstacles he faced as an accidental model turned actor, albeit with a lot of humour.

Utilising the documentary meets biopic style to re-create his story means Becoming Bond jumps between Lazenby’s on-camera interview, Josh Lawson (plays George Lazenby), and a host of other well known actors. This method is refreshing and effortless to follow, however, the more somber moments are undermined by the comedic nature of the re-enactments. 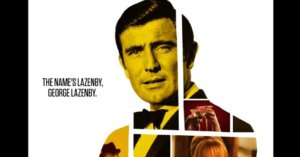 The greatest asset of this documentary is Lazenby himself, who is not only a brilliant story teller, but he also doesn’t shy away from reliving less-than-pleasant memories about his sex life (he starts off talking about it), his all night intimate encounter with the toilet bowl after getting food poisoning, and missed opportunities in his love life. Leaving him even more likeable, his flare, composure, and charisma shines through in moments of pain and embarrassment.

Josh Lawson (Hoges), who takes up more on screen time than the real Lazenby, brings a similar level of flare to his version of George but with a skit like quality. Which doesn’t always work in favour of this story. Former Bond girl, Jane Seymour makes an appearance as Maggie, the woman who pushed George to audition for the role of James Bond. Jeff Garlin (The Goldbergs) takes on the role of the movie studio boss who immediately took a liking to Lazenby’s cocky confidence. There are numerous blink-and-you-miss-it cameos from other actors such as Dana Carvey and Jack Johnson. 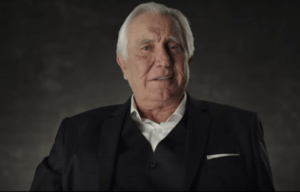 At times, it’s impossible not to wonder about the validity of some events depicted and being acutely aware of this, director Josh Greenbaum addresses the concern in the documentary with the star early on.

Bond fans might feel disappointment if they expect secrets and behind the scene footage of On Her Majesty’s Secret Service in Becoming Bond. There are a lot of unknown stories to be told in the lead up of his Bond role and the aftermath. While the last quarter of the documentary is dedicated to the role that made him famous, it serves as a gateway for George Lazenby to discuss his approach to the character, treatment by the studio, and why he decided to walk away from one of the most popular film series that could have earned him millions.

Ultimately Becoming Bond is a witty, original and pleasurable documentary that could make even the harshest critic laugh. The choice to focus on Lazenby’s life beyond James Bond makes this documentary much more satisfying and brilliant.

Becoming Bond will launch the Revelations Perth International Film Festival at Luna Leederville on the 6th of July. George Lazenby will be in attendance on the night, as well as the next screening. Click here for ticket information. 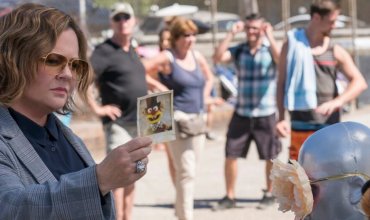