Bill Cunningham is a photographer who has been documenting New York fashion and society since the 1960s. He photographs and writes three columns in The New York Times. Although he is best known for Street Style, he also chronicles social events. He is 83 years old and he travels by bicycle. At the time of the documentary (2010), he was one of the last remaining tenant-photographers of the Carnegie Hall studios.

His day to day life is well-covered and there is footage from 1989 that proves a 60 year old Cunningham lived much the same life 21 years ago. Riding a bicycle and staying so busy has kept him spry. Considerations of time are inescapable as we see the photographic and filmic evidence of the past and the present. Pictures of New York’s elite when they were up and coming are stored away in Cunningham’s vast library of negatives and prints. He has shots of Vogue’s Anna Wintour from the 1970s.

In order to create the Street Style page, he will spend all day waiting in the street to capture his subjects. He will fire off a few candid shots of passers-by if he is interested in what they’re wearing. Some people verbally abuse him for this; many don’t even notice he is taking their picture.  Cunningham knows how to blend into the background. He is a thin, frail man dressed in a blue jacket with a camera slung around his neck. He takes his hundreds of weekly photos using traditional, non-digital equipment and sometimes a hand-held flash. He goes through rolls and rolls of film.

Filmmaker Richard Press has made an excellent, observational film about a one-of-a-kind character whose life has been given over to his work. Cunningham doesn’t worry about where he lives, what he eats or even making money. As he notes, “If you take their money, you have to do what they say.” Although The New York Times is his employer, it is clear from the way he lives that he only spends his money to further the process of doing his job. Annie Flanders, editor for the original (pre Conde Nast) Details, was technically one of his employers during the 1980s when he worked for the magazine. He never took any money for the stunning amount of photography he did there. Cunningham doesn’t even care about celebrity. As he points out, he rarely goes to the movies and he doesn’t own a television. In one telling scene during Paris Fashion Week, Cunningham is the only photographer who doesn’t bother to photograph Catherine Deneuve leaving an event and getting into a limo– because he doesn’t like her dress.

It’s the fashion he cares about. This might not sound like a deep philosophy, however Cunningham’s love for beauty is deep and connects with a compassion and acceptance for other people. In a number of scenes where we see him wrangling with a computer savvy underling about the layout of his Street Style or society pages, we never see him put down those he has photographed. There is no snarkiness and no judgement. He loves them all. Even those who don’t necessarily understand what Cunningham does, will surely find the way he does it, an inspiration.

He has the courteous habits of his time and generation, but he is also a natural gentleman. He is an icon of New York, but doesn’t exemplify any of its brash or powerful stereotypes. He is a monkish individual whose life’s passion brings him into contact with the richest, most famous and most influential people on the planet. But he doesn’t see them as being any more worthy of his time or attention than the woman or man in the street who wears their clothes in a way that catches his eye.

It’s this paradox and Cunningham’s egalitarian impulse, that makes him such a fascinating character study. Richard Press has made a brilliantly watchable film about a small life that has had made a significant ripple through popular culture. 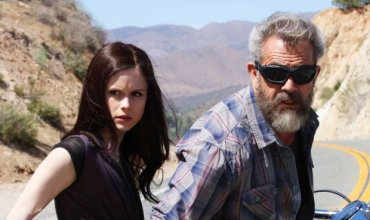