What is BIRDMAN about you ask? Well. It’s hard to explain properly without giving it away. Hmm. So here goes.  Hollywood actor Riggan Thomson (Michael Keaton) was once world-famous for playing the part of superhero Birdman. Over 20 years ago, the Birdman films made him rich, powerful and famous, but the experience almost destroyed him. So for the sake of his sanity he drew the line at doing Birdman Part IV.

Now, Thomson is on Broadway mounting a theatrical adaptation of a Raymond Carver short story. He is attempting a kind of comeback, because as he has discovered, the world isn’t that interested in a formerly successful star who used to play a superhero. Doing a Broadway play is a bid for legitimacy and integrity. However there are many who want him to fail. One is the voice inside of Riggan’s head. The voice of Birdman.

This voice taunts him incessantly about being a failure, his appearance, his poor life choices and for not doing another Birdman picture. Riggan rages against the voice and against the actual superpowers that Birdman used to have that have somehow come to reside in his middle-aged, out-of-shape body. When Riggan is angry, he can sweep objects off the table with the telekinetic power of his mind. Or can he?

While he is seething inside or perhaps melting down, there are others near Riggan who are part of the production and need him to stay focussed;  his lawyer and show backer Jake (Zach Galifianakis), his daughter and assistant Sam (Emma Stone) and scene-stealing method actor Mike (Edward Norton). Others plan to see Thomson fall, such as embittered theatre critic Tabitha Dickinson (Lindsay Duncan). Thomson needs the show to succeed to launch his comeback, but if it sinks, he is deep in a financial hole. Every minute that passes makes it seems more likely that the show won’t go on. The pressure on him is enormous.

BIRDMAN is something of dramatic hothouse and an excellent conjuring trick. Although there are those in the media who have talked about its being done in one take, that is nonsense. It is cleverly shot and edited to suggest one continuously flowing story. Many of the sequences have a length and energy reminiscent of a play. There is a lot of steadicam use and the audience is given access to all areas of the theatre. We are allowed to follow conversations as they unfold between characters walking from the street, into the theatre, through corridors and up onto the stage, to give one example. Because the audience is regularly inside of the action, the story-telling is given a sense of immediacy and snap. We are mostly, but not always with Riggan, so we are mostly clued in to his fracturing state of mind. We are enlisted to his cause and want his play to succeed.

The flow of the picture and the excellence of all the performances (Andrea Riseborough and Naomi Watts are also very good) make this movie one that takes you on an emotional ride, if you allow it. Director Alejandro Iñárritu (BABEL, BIUTIFUL) has fashioned a non-stop, emotional roller coaster, which offers something new seemingly every few minutes. The script by Nicolás Giacobone, Alexander Dinelaris and Armando Bo is filled with lines and moments that reference theatre, Hollywood and the fragile egos of creatives. There are also some bigger themes concerning trust, family and knowing oneself. So many ideas have been stuffed into this screenplay, that you may find yourself asking, “What is this about?” This is one of those “classy” problems. You may find there is too much going on to easily sort through what’s on offer.

If the thought of an actor going through some kind of mental and emotional crisis while attempting to launch his first ever play on the Great White Way, doesn’t sound compelling, then this isn’t the movie for you. This film is for an audience that is enticed by the idea of a bold concept artfully executed. Iñárritu’s film is dramatic, sometime melodramatic, and occasionally silly but overall it’s a playful and entertaining 119 minutes that I found engaging and never boring. (8/10) 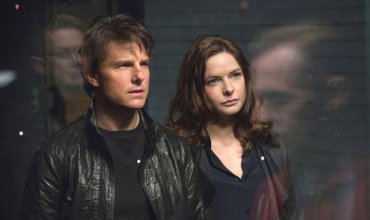 The Spy Who Dumped Me Review 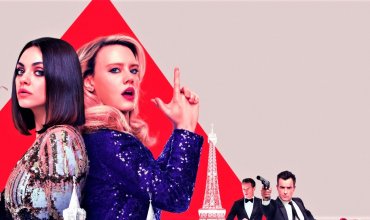