Never Capture What You Can’t Control: Blackfish has been this year’s most talked about documentary since it debuted at the Sundance Film Festival in January. It has been shocking audiences in the US and the UK since its wider release in October, and now it’s our turn.

On February 24, 2010, world headlines were made by a distraught call made to 911, and the news that a trainer at Sea World had been attacked and killed by one of their Killer Whales. Blackfish opens with the harrowing call and, over the next hour and a half, offers little respite from this chilling moment as it undoes a series of folded lies, cover-ups, tragedies, and ignored warning signs that will leave you incensed, shocked, and wanting desperately to discuss this film with someone. Anyone from the Free Willy generation walking into Blackfish expecting an eco-warrior, “Save the Whales”, soft-touch film about the majesty of these dolphins and the terrible conditions they are forced to live in had best prepare themselves – While it is occasionally funny, and very moving, it is also visceral, violent and, at times, hard to watch.

After learning of Sea World trainer Dawn Brancheau’s death in 2010, documentary director and producer Gabriela Cowperthwaite was immediately suspicious of the “trainer error” story spun by Sea World. Her interest only intensified when she learned that Tilikum, the Orca that had killed Brancheau, had also been involved in the deaths of at least two other people, and had a history of aggressive behaviour. She would find that Tilikum was not the only one. Her journey of discovery at this point becomes ours, and as she begins to peel the onion of our complex relationship with captive Killer Whales, the documentary kicks up a gear, beginning to feel like a psychological thriller as we start to put together the full picture of not only what happened, but the reasons why.

In fact, it is a credit to Cowperthwaite’s own ability to see the whole picture without resorting to anthropomorphising these animals that elevates the documentary beyond a mere story about a tragedy. Yes, there is a significant amount of the film dedicated to watching cute animals doing totally cute things, but this documentary wins all the points for effectiveness.

With a tight plot, reliance on witness testimony from likeable trainers who had worked with Tilikum and other Killer Whales, as well as making use of well-known and authoritative wildlife experts, Blackfish becomes so much more than just the examination of a series of events. It becomes a grand narrative about human hubris and corporate greed. It turns into a film about people trapped in sick systems, corruption and deadly cover-ups . It poses uneasy questions about animal welfare and how we choose to behave as apex predators towards animals that have been proven to have complex emotional behaviours and needs (Spoiler alert: human beings don’t really come out of this one looking too great). You’ll leave the film talking about whether or not we inflict psychosis on these mammals, and whether or not that even matters in the captivity debate when they still weigh nine tonnes and are incapable of understanding that we are breakable.

What makes the film so important is that it is an unflinching examination of human beings as well as animals, but what makes it riveting is that we know how it ends. All the way through we are shown a continuous series of exits off the highway to tragedy that we are unable to take, and the film becomes the train wreck you can’t look away from; the inexorable movement towards something tragic, terrible, and wholly avoidable due to human arrogance and wilful ignorance. Do yourself a favour and go and see Blackfish – You’ll be a better human being for it.

Blackfish is showing at the Luna Outdoor cinema from December 12th through December 15th.

I am giving Blackfish 9 stars. 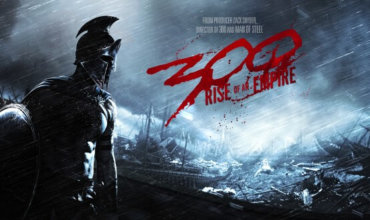 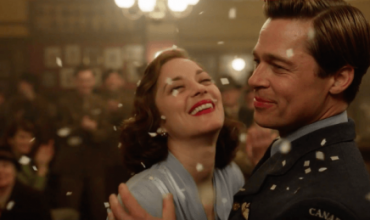