Abandoned on the streets of London, Victoria the White Cat (Francesca Hayward) is quickly taken in by a tribe of cats called the Jellicles, who attend the yearly Jellicle Ball where their leader Old Deuteronomy (Judi Dench) chooses one cat to go to the Heaviside Layer. Makes sense, right?

Cats is an adaption of the similarly-titled stage play by Andrew Lloyd Webber, which itself is based off T.S. Eliot’s book of poems Old Possum’s Book of Practical Cats. The film is directed by Tom Hooper (Les Miserables, The King’s Speech), with a screenplay by Hooper and Lee Hall (Rocketman, Billy Elliot) and music by Andrew Lloyd Webber.

Since the first trailers dropped, the $100 million project that is Cats has faced considerable derision. Producers claimed the trailer presented rushed animation that would be improved before the film’s release. There was no remarkable difference. Producers defended the backlash to the trailer, claiming people who ‘knew’ Cats would appreciate and understand the film’s attempted adaptation. This is a terrible model for a film – the prerequisite for seeing a film shouldn’t be that you’ve already seen the same story in a different medium. The film needs to stand on its own two (or four) feet.

At first, it is difficult to pinpoint exactly why this fantasy fails to suspend belief. Perhaps, it is the culmination of many glaring elements grating against each other in a musical implosion – sexy naked CGI celebrity furries singing gibberish against a greenscreen. The plot is simultaneously elaborate and weak, boiling down to a dozen cats introducing themselves for no reason. I can enjoy nonsense, but not like this.

The Cats soundtrack has been given a gaudy overhaul, and the score is stirring and invigorating. However, the first few songs are almost completely unintelligible, whether due to the cinema’s speaker system or the fact that the audio department had serious trouble isolating the voice tracks. Either way the singing is often drowned out by the instrumental backing. This incomprehensibility isn’t helped by the fact that 80% of the lyrics are nonsense words. Thus, songs intended to elucidate the baffling Jellicle world are simply confusing, but catchy none the less. In all honesty, if I hadn’t already been Wiki-versed on the plot, I wouldn’t have had a clue what was going on.

The film is essentially still a stage play on screen, and there’s nothing present that couldn’t have been achieved on stage in a theatrical reboot. The only difference is the inclusion of ‘big-name’ celebrities and the abhorrent animation. In it’s most lucid moments, Cats is frighteningly self-aware, as characters break the fourth wall.

Any ‘comedic’ moments flop pretty hard, relying on primitive, childish gags. Ironic, seeing as this is a high-brow, deeply artistic film/play for adults. The source material grows ever distant and is beginning to show its age. It is puzzling how poems originally written to entertain children have attained an oddly high status in society, in a film where the plot and themes are less complex than the latest Frozen film.

The most moving part of the entire film is Sir Ian McKellan, sadly monologizing about how the art of theatre has been lost. His pain is palpable, as he stands alone in a green suit in a green room, talking to nobody and pretending to be on an animated stage. It is too raw.

Cats constantly abdicates its own fictional rules, when the film even bothers to introduce any. The cats are inconsistently sized, as are the human objects with which they interact. The magic is also conveniently inconsistent. But there are larger questions at play: why do some of the cats wear small versions of human clothes, when real, life-sized humans still exist? Why, at one point, does Jennyanydots pull off her own skin like a quick-change magician to reveal a sparkling outfit underneath?

Finally, we must address the elephant in the room – the animation. Given the size and undoubted expense of the cast, the producers could have spent a little more money to make the animation decent, because it is honestly terrifying. Actors’ faces float uncannily disjointed from the rest of their animated heads. Their feet slide across the floor at the wrong speed for the background. The shadows beneath their feet are either not present or fail to match their body, making it obvious they are drifting across an imaginary backdrop. These issues alone are enough to distract and entertain for the whole two hours. Some sloppy editing is also present between shots. And, if you thought the cats were nightmare-fuel, wait ‘til you see the weird CGI mouse children.

Cats is an utterly absurd, half-baked, heady fever dream, that leaves you in a giddy daze. Was it beautiful? Undeniably. Was it terrifying? I am haunted still. Will I be singing the songs for several days to come? You’d better believe it.

Leave Eliot out of this godforsaken mess. And whatever you do, DON’T look at their feet.

Cats is out in Australian cinemas on Boxing Day.

Alison Lesley
Alison has a BA in Literary and Cultural Studies and Creative Writing, and has just completed her BA Honours in Creative Practice Screenwriting.
4 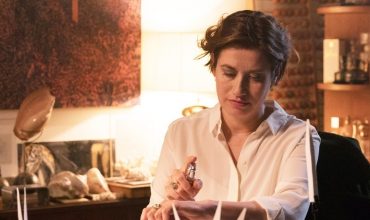 In The Fade Review 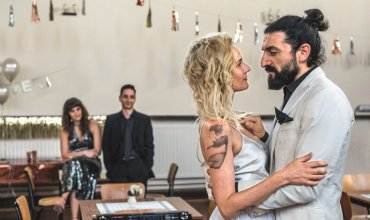