A chef who loses his restaurant job starts up a food truck in an effort to reclaim his creative promise, while piecing back together his estranged family.

Jon Favreau took on directing, writing and acting duties for his latest film Chef, which tells the tale of a renowned chef seeking satisfaction through creative expression in the kitchen, while trying to be a good father to his increasingly estranged son.

Lined with commentary regarding social media, and the film industry, at its heart Chef is about being honest with oneself, pursuing your passions and a father’s relationship with his boy. Early in the film each aspect is kept quite distinct as Favreau’s central character (portrayed by himself) tackles each aspect of his life in separate arena’s, however gradually the various aspects of his life align themselves closer as the film draws towards a satisfying conclusion. 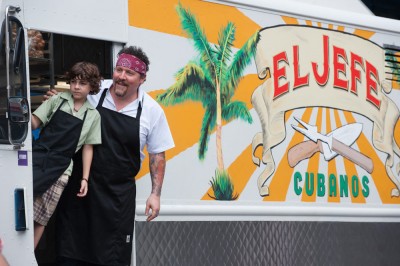 Narratively Chef is extremely focussed, Favreau has a structured and specific story he’s seeking to tell and the film never becomes confused or misguided, not once. Overall it’s a simple tale, one that is grounded in one’s family and work, but with a nice blend of Favreau’s comedic sensibility as well with more than its fair share of witty dialogue delivered by well-directed and strong performers.

Things tend to become a little over indulgent on Favreau’s behalf before the film wraps, but ultimately it’s without any decline in quality, he just leaves in several scenes that could have been trimmed without lessening the films underlying themes.

The father-son relationship is structured into a persistent arc that progresses consistently through the film and is managed with precision, while some of the periphery aspects of the story are left as merely a supporting feature without leaving much of an impact on anything. 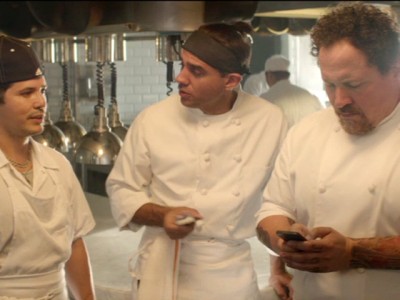 It’s difficult to watch Chef without the context of Jon Favreau the film-maker in mind, if it hadn’t been already, Favreau’s career was thrust into the mainstream spotlight with Iron Man 2 and Cowboys and Aliens after making a positive splash with the original Iron Man, the latter two films were subject to strong criticisms particularly 2011’s Cowboys and Aliens.

Chef marks Favreau’s first return to feature film since then and does so with a not so subtle metaphor on the film industry and film criticism. This doesn’t harm the film however, its more an expression of Favreau’s experiences and is ultimately well executed in that it balances things out by poking some fun at himself as well. 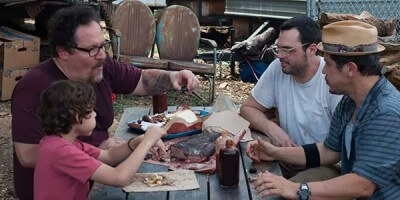 Chef features some solid performances that help carry the film, Favreau is reliable and familiar while maintaining a good comedic wit, young Emjay Anthony is a stand out delivering a great performance, with sound support from John Leguizamo, Scarlett Johansson and Sofia Vergara. Chef also includes a great cameo which I’ll leave as a surprise for viewers.

In summary Chef isn’t without its problems, a little over indulgent, slightly flat in terms of its pacing, but it remains an enjoyable family flick with some good humour and some good underlying themes on both a creative level as well as a family level. I’m giving it 7 out of 10 stars, Chef will be in cinemas from Thursday 8th May 2014. 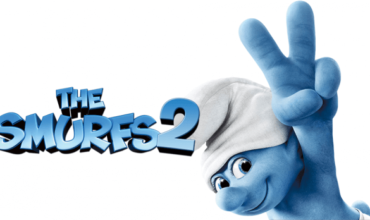 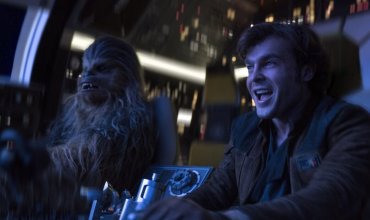