You are likely to have heard of the name Edward Snowden, the former system administrator who worked as a contractor to the United States’ National Security Administration (NSA). You will have heard him described as everything from a whistleblower and a patriot, to a spy and a traitor.  In 2013, he leaked information that revealed the extent of the NSA’s global surveillance operations. Their scope and the idea that US citizens were being surveilled by US intelligence agencies, without so much as a warrant for a wiretap, is what initially caused controversy. However, the sheer amount of information Snowden has, and the possible extent of future disclosures, has continued to concern the US government and its allies, whose own intelligence organisations are meshed with American interests (such as the Five Eyes alliance that Australia, New Zealand, Canada and the United Kingdom are a part of).

You may also be aware that Snowden went to Hong Kong and revealed part of this information to CITZENFOUR’s director Laura Poitras and to journalist Glenn Greenwald.  Stories were then published in UK’s The Guardian about the surveillance programs and their extent. Then Snowden revealed his identity to the world. Soon after, he left Hong Kong for Russia. At present, the US State Department has revoked his passport and the Department of Justice has charged him with violating the US Espionage Act. He remains in Russia and is seeking asylum elsewhere.

The story as far as many are concerned is about Snowden and whether or not he should have acted as he did. But as he makes clear in this documentary, he never intended to be the subject of the story, however he knew that his own culpability and the media’s fascination with personality would be the focus almost immediately. He and filmmaker Poitras regard the story as being about privacy and surveillance in the 21st Century. Should governments in supposedly free and democratic states have the right to keep tabs on citizens’ daily activities in the name of security? Is the threat of terrorism a sufficient reason for us to give up our privacy to those who govern us? When did we give permission for this happen?

The week in June 2013 when Snowden revealed the story to Poitras and Greenwald was documented on video. Poitras was known as an award-winning documentarian who was making a trilogy on the US War on Terror (CITIZENFOUR is the third part) which is why Snowden contacted her. He initially used the name Citizenfour. The telling of this tale and how the revelations unfolded in a Hong Kong hotel room is absolutely fascinating. The tension and paranoia surrounding these scenes is intense. It is clear that the participants felt unsafe during these events.

However one may feel about how this information was released, there is plenty in this movie to give one food for thought. For Australians currently going through the controversy of metadata retention and about whether or not our government should have access to it, this very subject is discussed in the American context.  Several voices are on hand to say why there is cause for concern.

As fascinating as the personal details of this story are, you may find yourself agreeing with Snowden that he is beside the point. This film is a chilling document that has the potential to prompt some serious thought afterwards. I believe it provokes questions about the nature of democracy, freedom and what we are prepared to sacrifice of our privacy for the sake of security. Or to put it another way, can you give up your privacy and still consider yourself free?

CITIZENFOUR is in limited release and is still playing around Australia. It runs for 114 minutes. (8/10) 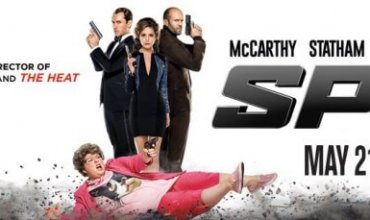 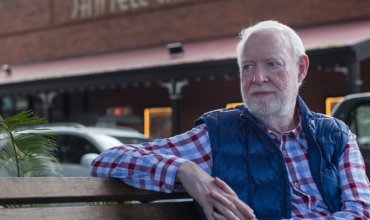