Dance Academy was a popular Australian teen drama that aired over three seasons from 2010 to 2013. It was set in Sydney and co-produced by the Australian Broadcasting Corporation and Germany’s ZDF. The series won two Logies for Outstanding Children’s Drama and was nominated for two international Emmys.

DANCE ACADEMY: THE MOVIE is set eighteen months after the events of that third season. Although there is a significant ensemble cast, the film focuses on the journey of Tara (Xenia Goodwin) who was set for a great career, but suffered a major injury that has forced her to reconsider her life choices.

Tara is still developing her writing and working as a waitress and is in a relationship with fellow dancer Christian, but none of these is giving her satisfaction. Her restlessness eventually drives her to go to New York in the hopes that a fresh start in a new country will lead her back to dancing.

Her journey is tough, Tara thought her life would be very different at this point. In fact, it is her lack of any other vision of her future that is frustrating her now. If she can’t be a dancer, in exactly the way she had strived for, then who is she? Her friends are continuing on their paths with greater or lesser success, but for all of them, living an independent adult life is proving more challenging than they had anticipated.

For those unfamiliar with Dance Academy as I was, the set up and introduction of the world and characters was done simply and effectively. Series co-creator and head writer Samantha Strauss has returned to these people she created over 65 episodes and expertly transfers them to the big screen. Director Jeffrey Walker is a veteran who has made television here and in the US and seems perfectly in tune with a cast who have worked together for years. The bonus for new viewers is that the production works as a well-oiled machine. These young dancers are believable as old friends with history even as they are exploring an uncertain future.

The subjects and seriousness of the story-lines stay true to the source material’s teen television origins. The film’s portrayal of an artistic life in New York is necessarily constrained by the expectations of its loyal audience and PG rating. Within these boundaries, the movie portrays a certain truth about the reality of pursuing a creative life.

That loyal original audience will delight in seeing the return of their favourite characters. New viewers will discover a smartly-written, well-directed, solidly-performed teen drama that should keep them entertained for its 101 minute run time. (7/10)

DANCE ACADEMY: THE MOVIE opens in Australia on Thursday April 6. You can listen to our interview with Keiynan Lonsdale (Ollie) here. 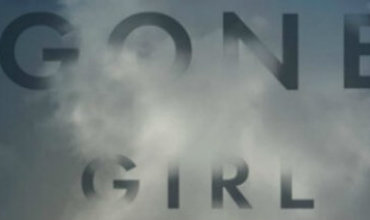 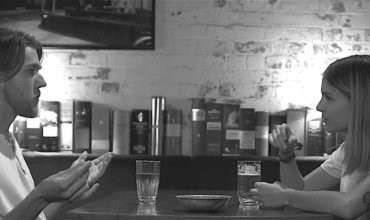