The Battle of Long Tan took place in a rubber plantation near Long Tân, in Phước Tuy Province, South Vietnam. It occurred on 18th August 1966, during the Vietnam War. Australian and New Zealand troops fought the forces of the Viet Cong and People’s Army of Vietnam (NVA).

In DANGER CLOSE:THE BATTLE OF LONG TAN, the men of Delta Company are tasked with finding Viet Cong firing positions after an attack on the Australian base at Nui Dat. The Australians have no accurate intelligence on Viet Cong numbers, their base is relatively new and they suspect a much larger attack is on the way. Major Harry Smith (Travis Fimmel) and his 108 young and inexperienced Australian and New Zealand soldiers enter the rubber plantation with no clear idea of the enemy’s strength. By the end of the day, they face the fury of repeated attacks from up to 2000 Viet Cong and North Vietnamese soldiers.

For Australians, the Battle of Long Tan is the best known engagement of the Vietnam War. The bravery and heroism of those soldiers taking on a much larger and experienced opposition was a clear-cut conflict in a decades-long war that was confusing, drawn-out and politically ambiguous in every sense.

DANGER CLOSE: THE BATTLE OF LONG TAN is an unusual thing, a Vietnam War movie told from an Australian point-of-view. In this country, we are well-acquainted with the US take on that conflict through dozens of feature films and television series. Australia itself has rarely dramatised the war, especially when compared with the number of movies we have made dealing with the First and Second World Wars. Movies like THE SAPPHIRES (2012) and THE ODD ANGRY SHOT (1979) are some of the few attempts to portray the Vietnam experience to audiences. It is documentaries which have more often told this tale, possibly because smaller budgets are required to make these. DANGER CLOSE producer Martin Walsh made the Battle of Long Tan Documentary in 2006. He worked to fund his drama feature in the years since then. He reports that it took him 15 years to get the film funded.

The long gestation period has resulted a strongly-written screenplay by Stuart Beattie, James Nicholas, Karel Segers, Paul Sullivan and Jack Brislee. Characterisation is not overly detailed, however the telling of the tale, including a 48-hour preamble is executed with great skill by director Kriv Stenders. Once the battle commences, the audience is hooked. The continual rain, the dwindling ammunition and the uncertainties of leadership, both at the front and back-at-base make for intensely engaging storytelling. Older filmgoers may recognise echoes of ZULU (1964), despite it being a movie about a very different war at the end of the 19th century.

Travis Fimmel is joined by a large number of young actors, like Daniel Webster and Nicholas Hamilton, who are required to play soldiers who were mostly 19 and 20-year-olds. Some of the better known faces are Richard Roxburgh, Alexander England, Stephen Peacocke, Luke Bracey and Myles Pollard*. The performances are convincing and honour the men being portrayed. (There are side-by-side photographs of a number of the actual soldiers and the actors portraying them in the end credits).

Representing war in a drama is a difficult task. Most of us in the audience haven’t been through a war and have no way of judging what we’re seeing. The response so far from Australian veterans of Long Tan and other more recent wars has been positive about the accuracy and intensity of the film. The choice made in DANGER CLOSE is to focus on the Australian experience and only glimpse what is happening on the Vietnamese side. It’s an approach it shares with a movie like DUNKIRK (2017) and therefore tells a certain type of story from a certain point-of-view; it represents the courage under fire of Australian soldiers and positions the film for a local audience and their expectations.

DANGER CLOSE: THE BATTLE OF LONG TAN is opening wide (for an Australian film) in 200 plus screens across the country. It has the potential to do well with Australian audiences who should be drawn to the action and drama of this well-made and exciting film. Duration 1hr 58 minutes. (8/10)

*Listen to the Accessreel interview with Myles Pollard. 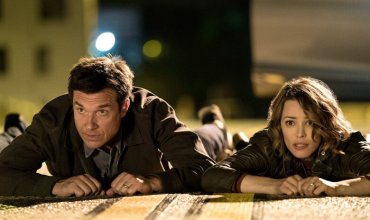