Cinema has an ongoing fascination with our primate relatives. The PLANET OF THE APES franchise dates back to the late 60’s, spawning various movies and even a TV series.

So basically, monkeys have amused us higher homo sapiens for nearly 50 years…(now who feels like the ape?!)

Set ten years after RISE OF THE PLANET OF THE APES, the world is suffering the aftermath of a devastating virus (thanks a lot James Franco!).

While the human race has been reduced to those few lucky enough to be genetically immune, Franco’s runaway super-smart chimp, Caesar, rules a thriving bunch of super apes. Their happy existence is threatened, however, by human survivors in need of the dam located in their home territory.

You can pretty much guess how this flick is going to pan out. Admittedly, predictability is high, but so is the enjoyment level in this action packed offering by director Matt Reeves.

I found myself swept up in the story, investing my emotions in a bunch of characters created almost entirely in a computer (Andy Serkis, a.k.a Gollum, returned to provide the motion capture for Caesar).

Everyone on screen takes it super seriously. The well-crafted story telling and solid performances ensure the audience follows suit.

The cinematography is pretty slick with a few interesting shots thrown in to keep us on our toes (keep an eye out for the spinning tank shot).

Performances are good, though the live action cast take a back seat to Caesar and co. (particularly Gary Oldman who seems a little wasted in his small role).

Some may argue that at 2 hours and 15 minutes in length it’s a little over long…but I was having too much fun to look at my watch so no complaints there! I was a little disappointed to see the ape’s signing phased out towards the end of the film, as if they were pandering to the masses’ laziness when it comes to reading subtitles – though this is a small gripe.

There’s also a few warm and fuzzy nods to the last film which is always nice.

Occasionally there is a film that sweeps you up, transporting you to a new world for a few hours. DAWN OF PLANET OF THE APES is ones of those sweepers! Sure it’s formulaic, but at least it follows a formula to success.

I rate it 7 stars 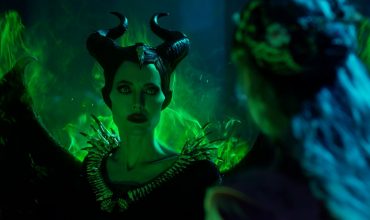 Godzilla: King of the Monsters Review 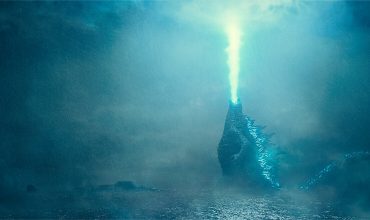