Based on the Japanese manga series by Tsugumi Ohba, DEATH NOTE follows an intelligent student called Light Turner (Nat Wolff) who stumbles across a supernatural notebook that has the power to kill any person whose name he writes inside.

Cue a well-intentioned God complex, as Light uses the notebook to cleanse the world of evil. But things are complicated as his overly determined girlfriend (Margaret Qualley) and the sadistic notebook demon “Ryuk” (voiced by Willem Dafoe) get involved.

It’s an interesting idea that translates in to an engaging film. Director Adam Wingard takes source material that he admits was “very Japanese” and applies it to modern-day America.

Initially produced under Warner Bros, DEATH NOTE was dropped as production was about to begin. Yet Wingard was so passionate about the project that Netflix stepped in.

Laced with glaringly eighties music and creative cinematography, there’s a slight feel of DONNIE DARKO in DEATH NOTE…just not as good. Topped with editing style reminiscent of Edgar Wright (HOT FUZZ, SHAUN OF THE DEAD), DEATH NOTE does have some creative flair. The FX are good – it feels and looks like a studio film, despite the Netflix tag.

The acting is a little “hammy”, particularly by Wolff as our hero, Light Turner. There’s also a clunky feel, with the setting and characters annoyingly “high school”, yet the subject matter is so clearly for adults.

An interesting and engaging premise presented in a playful manner, DEATH NOTE is just as entertaining as it is flawed. I rate it 6.5 out of 10.

Sian
Sian's love for movies spawned from having a tight mother whose generosity stretched only to hiring movies once a week for entertainment. As a pre-teen Sian spent more pocket money then she earned on cinema tickets and thus sought a job at the cinema. Over the next decade she rose to be one of the greats in her backwater, six-screen cinema complex, zooming through the ranks from candy bar wench with upselling superpowers, to pasty projectionist, to a manager rocking a pencil skirt. Sian went on to study Journalism at university though feels her popcorn shovelling days were far more educational
6.5 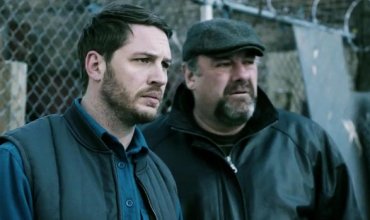