Set in 1996 in the real life town of Boring, Oregon, Everything Sucks! follows the clash between the awkward members of the AV club – Kate (Peyton Kennedy), Luke (Jahi Di’Allo Winston), McQuaid (Rio Mangini) and Tyler (Quinn Liebling) – and the too-cool-for-school members of the drama club – Oliver (Elijah Stevenson) and Emaline (Sydney Sweeney). The feud results in the groups’ collaboration on an amateur sci-fi film, and the ultimate bonding of two opposing cliques as both try to navigate the confusing and emotional world of high school relationships. The series also stars Patch Darragh (Mercy, Longmire) as Ken Messner, Kate’s father and the very uncool principal of Boring High, and Claudine Nako (Grimm) as Sherry O’Neil, Luke’s divorcee mother.

Don’t be fooled by the nostalgic and quirky pre-internet aesthetic of snap bracelets, Tamagotchis and VHS tapes. Everything Sucks! can perhaps be accused of trying to profit from pop culture’s most recent romanticisation of geek and nerd culture, and in doing so, comes off as a home-brand version of Stranger Things (without the monsters) or the Losers’ Club from IT. The show tries very hard to be ‘quirky funny’ and edgy, but falls flat in many places, managing to make a scene where a guy gets stuck up a tree in a nutmeg-fuelled hallucinogenic high incredibly cringey.

Despite their uninspired and ultimately harmless pranks, every character is essentially ‘nice’, and therefore in the world of drama and comedy, boring. Oliver is a Steve Harrington-esque arrogant drama dude sans redemption arc. Emaline is utterly mesmerising. Luke is endearing, loveable, and ultimately salvages some charming appeal for the show. Unfortunately, the show’s attempt to portray the fickle nature of teenage emotions has resulted in weirdly erratic characters that jump from love to hate, bully to friend, really fast for no good reason. Which is a shame because the show has the aesthetic to be popular and visually entertaining, and has the potential to provide a space for stories not often seen on television in the 90’s, such as the exploration of sexuality, lesbian relationships, and parental loss and abandonment. Perhaps the length of the episodes is too short to really give the characters space to breathe and come alive. The disjointed episode plotlines dance around the really sensitive issues for half a season, and honestly, it gets entertaining and dramatic at about episode 8.

I struggle to think of a target demographic that would enjoy this show – it’s too artificial for young teens and too slow and bland for adult or young adult audiences that have seen this all before. However, the show does have its moments where it breaks through the appearance of subversion to be genuinely touching, exciting and real.

Everything Sucks Season 1 consists of 10 half-hour episodes, and launches on Netflix on 16th February. 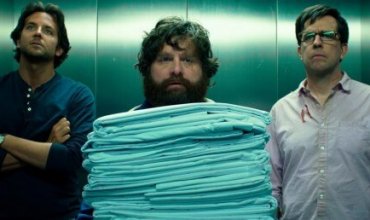