The much anticipated film is finally getting released in Australia. Along with it comes a lot of controversy and hype.

At this point, it is safe to assume everyone has heard of the story. Anastasia Steele is an innocent university student, who gets sent by her roommate to conduct an interview with the successful and mysteries Christian Grey. Their interest in each other is immediate and thus begins the “courting” of Anastasia by Grey. As they get to know each other, it becomes clear that both of them have very different ideas of what constitutes a relationship and intimacy. While Steel is a romantic who yerns for love, Grey is a dominant who wants Steele to be his contractually agreed submissive.

As far as the story goes, the movie is very much like the book. The director has said that there were changes made in the film to make Steele seem more in control. While there are some subtle changes, they make no difference to the story or the character of Steele and Grey. As a result, at times the plot and the characters come across slightly tacky, as well as childish, but considering source of film is a very badly written book, it shouldn’t surprise anyone. With that being said, there are some genuine pleasant moments, some of which will leave you laughing.

Fifty Shades of Grey is a beautifully shot film, the wide shots of Seattle high-rises, his luxurious apartment and the country side show how opulent and “cold” the lifestyle that Christian leads. These scenes are even more spectacular to witness when the booming seductive sounds of the fantastic soundtrack start up.

It really shows the talent of the director, Sam Taylor-Johnson, when scenes involving sex and nudity are handled the way they are in this movie. If you were hoping for explicit scenes involving full frontal nudity then be prepared to be disappointed. While there are a number of intimate scenes between Ana and Christian, they are all done tastefully. Although, they are enough to make the prudish run out of the room.

I must admit – I was unsure of what to make of Jamie Dornan when he got the role. Having read the books, I couldn’t picture him as Grey at all. Even in the first ten minutes of the film, I couldn’t quite see why he was given the role. That changed the moment he made it clear to Steele what he wanted, he became THE Christian Grey. Dornan is brilliant when he portrays the sadistic and tormented part of the character, in and out of the red room. Dakota Johnson encompasses the naive and unassuming Anastasia Steele entirely.  Not just physically but personality wise, even the way she speaks in her soft voice. It couldn’t have been easy for Johnson to be in vulnerable positions repeatedly, but she does it seemingly with ease. Her best moments are those where she is realising that Grey is abusive, or as Christian puts it – he is “fifty shades of messed up”. There were rumours during filming of Dornan and Johnson not having much chemistry, but having seen the film, I can say those rumours are false.

Fifty Shades of Grey is a difficult movie to critique as whatever fault the film suffers from, has less to do with the film makers and more to do with E L James. She wrote the story as a Twilight fan fiction and it shows, which also leaves the character of Ana to come across quite dim-witted at times. While the story has been criticised and romanticised at the same time, it is important to note that this is not exactly the most romantic movie. Yes, there are some nice moments but it touches on a few subjects that will likely deflate your intention for a romantic night.

Fifty Shades of Grey comes out in cinemas tomorrow

What We Do in the Shadows Review 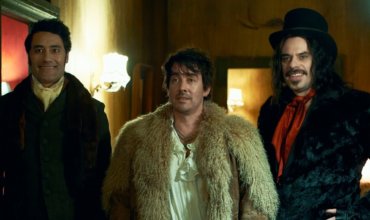 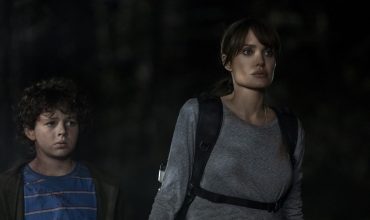