Jess Barrett (Margot Robbie) is a newbie grifter who tries to pull a con on a man whom she targets in a bar.  Unbeknownst to her she has chosen Nicky Spurgeon (Will Smith) who comes from a line of infamous con artists. Nicky is amused by Jess’s ineptitude and tells her in detail why her con was terrible. She decides that if she is going to improve, she wants him as a mentor.

He takes her on and they go to New Orleans for Super Bowl weekend when the city is full of suckers. Nicky heads up a crew of pickpockets and card-scammers who are busily separating liquored-up tourists from their money. The operation nets millions. During this weekend of cons, a romance develops with Jess and Nicky, but he doesn’t like to get too close to anyone. He quotes his father who says emotional attachments will get you killed in the con game.

From here, things become problematical between Nicky and Jess. He wants to keep running cons and doesn’t think he can do that with her as part of the crew. How this is worked out is the balance of the movie. Neither character is sure where they stand with the other. Is there a real relationship or is it all just a con?

Co-writers and co-directors John Requa and Glenn Ficarra are known for their work on the comedies BAD SANTA (2003), I LOVE YOU PHILIP MORRIS (2009) and CRAZY, STUPID LOVE (2011). They have left their comfort zone somewhat with FOCUS, which is less comedic than their usual productions, but still pretty funny. If I were assigning fractions to the elements that make up the film, I would call it a third rom, a third com and a third con. It blends these well and the result is a slick, breezy caper movie with beautiful people in photogenic locations such as Buenos Aires.

I’ve seen several critics call this a heist film which assuredly it is not. Perhaps the New Orleans operation gives this impression with its scenes of stolen goods, but actually the screenplay makes quite the fuss about having to maintain one’s focus in order to pull off the con. We are in similar territory to THE STING (1973), MATCHSTICK MEN (2003) and AMERICAN HUSTLE (2013). As with all movies about the con (and television’s HUSTLE) there is much chat about the cleverness of the con artists. FOCUS also demonstrates the sort of petty larceny and psychological manipulation that make up confidence trickery. The movie’s best scene involves a game of mental brinkmanship between Nicky and a Chinese high roller called Liyuan memorably played by an unrecognisable B.D. Wong. The tension and stakes of this scene is something I would have enjoyed seeing more of.

Robbie and Smith acquit themselves well as actors. Their performances are everything you would expect. They create a likeable portrait of rogues who can’t say no to a scam, but they don’t fly as a screen couple. This is where FOCUS is clearly aiming at the sort of Grace Kelly/Cary Grant TO CATCH A THIEF vibe or the sexual tension of Jennifer Lopez/George Clooney in OUT OF SIGHT. To be fair to Smith and Robbie, great screen chemistry is a rare thing, like a unicorn or an acceptable meat pie purchased from a service station.

FOCUS is an entertaining flick that is not plausible for even a moment of its 105 minute duration, but is a great deal of fun. You are likely to enjoy spending time with Smith, Robbie and company as they go about the unlikely business of playing charming grifters who fleece their victims whilst maintaining some kind of ethical code.

FOCUS is currently in wide release in Australian cinemas. (6/10) 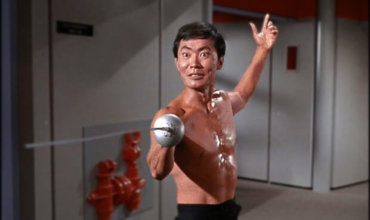 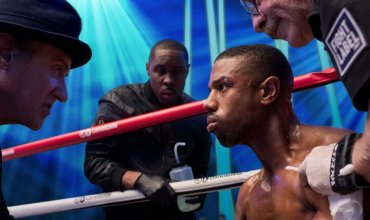