The new Halloween, family comedy film FUN SIZE is a bit of a mixed bag. It’s trick or treat as it’s target audience is primary school kids and their parents. It was no treat for me.

The film dips into teenage life and how cool it is to be seen at the hottest party of the year. Meanwhile, WREN (played by Victoria Justice) has to babysit her trying little brother who has recently become mute. She loses him throughout the commotion of Halloween and is teamed up with her best friend, APRIL (Jane Levy), and two nerds to find him. The hottest guy in school has a crush on Wren, but she may not feel the same way. There are a few laughs here and there as their quest to find Wren’s brother becomes tiring. Wren has to find her little brother before her Mum (played by Chelsea Handler) gets home from her own Halloween party.

Victoria Justice, from Nickelodeon’s ZOEY 101 and who has worked on a number of Nickelodeon TV movies, delivers a good performance. She plays the role of a young teenage girl with high school crush issues quite well. The film sees her go through different emotions with a previous death in the family, brother issues, Mums much younger love interest issues, best friend issues and her own love issues. Possibly too much for the audience to grasp, but it was paced out quite nicely over the length of the film and each ‘issue’ had reasonable screen time. The best performance from any actor in the film is from Thomas Middleditch who plays ‘FUZZY’, a bored and lonely convenience store worker who seeks revenge on his broken heart. Another great performance came from Erin Scerbak, who really cracked the audience up with her small role as the ‘drive-thru girl’.

As I was watching the cute opening credits I saw Paramount, which I was excited about, then I saw Nickelodeon, and my confidence in the film dropped a little. I felt the film was trying (and failing) to be like MEAN GIRLScrossed with DUDE WHERE’S MY CAR, only for 12 year olds. The jokes weren’t all that funny nor tasteful and the screenplay also needed more development. The tacky voice over at the beginning and end and at character turning points was completely unnecessary. The film also had some obvious product placement throughout, or it seemed like it did.

The production value of the film was pretty okay for a Hollywood film. $14 million worth of okay. I want to congratulate cinematographer Yaron Orbach (OUR IDIOT BROTHER) for making the film look pleasing on the screen. The film was also edited quite well.

Director JOSH SCHWARTZ brought us great TV shows, such as THE O.C. and GOSSIP GIRL. Being a huge fan of THE O.C. I was interested to see how Schwartz would perform behind the camera and has done a good job at directing FUN SIZE – his first feature film. I’m interested to see what his next project will involve.

Overall, there were parts of the film I liked, and a lot of parts I wasn’t all that into. Having said that though, I don’t think the film was targeted at my age group. It’s a family comedy with family jokes, and I’m not a huge fan of ‘family’ films. I know how hard filmmaking is and I am saddened to give it 4/10. 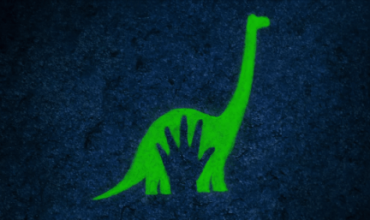 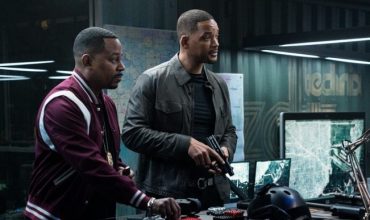