The G.I. Joe’s return and are not only fighting their mortal enemy Cobra, they are forced to contend with threats from within the government that jeopardize their very existence.

Director Jon M. Chu has taken on the latest instalment in the G.I. Joe franchise, the first film of course was helmed by Stephen Sommers back in 2009. After some uncertainty around the future of the franchise following Sommer’s film the sequel was eventually put into production, and after a last minute decision to delay the film approximately six months, it has now found its way into cinemas.

‘G.I. Joe: Retaliation’ has clearly been the subject of some debate in terms of where the studio/film makers wanted to take the sequel. While the film is within direct continuity to its 2009 predecessor by continuing key story elements, in many ways it also comes across as a quasi-reboot/spin off.

This film boasts an entirely different tone to the previous film, the self-aware cheese factor has been dropped in favour of a more serious and grounded approach, you won’t see elements such as accelerator suits deployed here. Many of the characters from the first film do not return, and everything you need to know to enjoy ‘G.I Joe: Retaliation’ is conveniently summed up in the opening 5 minutes, almost as if to encourage you not to revisit the first film. But for all the creative reinvention for the new film, was it worth it?

The short answer is yes, but unfortunately ‘G.I. Joe: Retaliation’ still brings with it a sense of disappointment. In many ways Jon M. Chu has revitalised the franchise, bringing back a more modern military feel to the film benefited it immensely leaving behind the more sci/fi futuristic oriented elements. In terms of character designs and technology the team here feels more like an elite special forced unit of today, as opposed to the more slick and shiny aesthetics that Stephen Sommers indulged in.

The story driving the new film isn’t explored very deeply other than to set up some entertaining action sequences. Narratively this film is fractured across too many plot lines so that none of them receive the development or attention they need to be satisfactorily told.

What is a little surprising is the increased focus on characters that Jon M. Chu injects into the film. While still underdeveloped and abridged allowing for the action to take priority it’s nice to see that at least some time was taken developing a few different character arcs throughout the film. These moments are frequently cut short amongst everything exploding around them and while not all sub-plots are resolved particularly well they do add an extra element of entertainment where it wasn’t expected.

The cast to ‘G.I. Joe: Retaliation’ deliver their characters on screen with a lot of enthusiasm, though overall the acting is shaky at times. Channing Tatum and Dwayne Johnson effectively put on a show of camaraderie, and Adrianne Palicki makes the most of Lady Jaye’s development when given the chance, while Ray Stevenson leaves his mark through a forceful personality and strong (albeit limited) screen presence. Unfortunately D.J Cotrona as Flint and Elodie Yung as Jinx are given so little to do their characters are ultimately unnecessary and could be removed entirely with little impact on the film. Bruce Willis was a surprise when announced, and here he brings a fairly familiar Bruce Willis performance which adds little value other than to note that Bruce Willis is appearing in the film.

‘G.I. Joe 2: Retaliation’, definitely knows where its entertainment value lies however and that is within plenty of action and in this manner it delivers. With some ambitious set pieces the film treats us to vehicular combat, obligatory gun fights and of course more ninja battle sequences which are a must for any G.I. Joe film. While the sequences to be found aren’t likely to prove memorable in the years to come, and they do contain a familiar block buster type action feel to them, there’s still plenty of straight up fun to be had in watching them unfold.

In fact this applies across the entire film, ultimately the story is superficial, and the acting a bit thin, but it remains a fun and entertaining action film that risks leaving G.I. Joe enthusiasts feeling a little deflated. 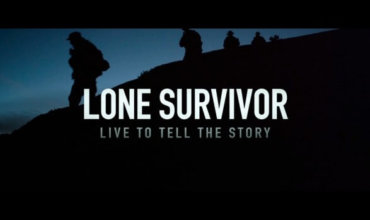