The odds are against him. So is everyone else. It’s been a bad day for Driver and it’s not getting any better. He just made a big haul of millions that would give him a nice summer vacation on easy street. A good idea that went south – literally. During a high-speed car chase with the US Border Patrol and a bleeding body in his back seat, Driver flips his car smashing through the border wall, tumbling violently, coming to a stop…in Mexico. Apprehended by the Mexican authorities, he is sent to a hard-core prison where he enters the strange and dangerous world of “El Pueblito.” Not an easy place for an outsider such as Driver to survive, unless it’s with the help of someone who knows the ropes – a 10 year-old kid.

After second unit directing a number of films including ‘Edge of Darkness’, ‘Jarhead’, ‘Apocalypto’, and ‘Man on Fire’ just to name a few, Adrian Grunberg brings his first full directorial debut to the screens with ‘Get the Gringo’, starring Mel Gibson who has returned to on-screen roles regularly in the last few years.

Primarily set in Mexico ‘Get the Gringo’ shoots with a specific look and feel to the image that captures the setting well, drenched in a hot humid look the film opens with an attention grabbing sequence that sets the scene for the story to unfold.

Overall ‘Get the Gringo’ starts off small, and this is where the film shines the most, we follow the main character into largely confined environments and observe him taking in his new surroundings, plotting a way out of his predicament and finding friendship in an unexpected place.

For the majority of the film the tale is pretty straightforward and familiar, however the setting upon which it takes place is fascinating and is mixed with a sense of black humour throughout which keeps things interesting.

Here we find Mel Gibson playing a somewhat unbalanced tough guy with a decent streak somewhere deep down inside him (sound familiar?) and he delivers a charismatic performance for a mostly morally devoid criminal. Acting opposite Kevin Hernandez, the pair work well together and deliver a natural friendship to the screen through their performances. The overall cast are all good in their roles including some familiar faces such as Dean Norris, Patrick Bauchau, and Bob Gunton.

As the film progresses however it doesn’t manage to maintain the tight script that it opens with, the setting of the story is expanded somewhat and key plot elements are managed in an increasingly convoluted fashion.

The action sequences found in ‘Get the Gringo’ are handled quite well and remain relatively contained and in the context of the events around them. The set pieces are generally small scale and fit with the overall look and feel of the film.

Overall ‘Get the Gringo’ is a familiar feeling film but with a fresh setting and good performance, it starts out small and becomes a little over ambitious and clumsy but ultimately proves to be an interesting film to watch. 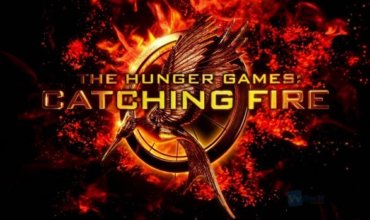 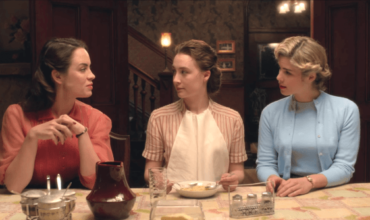