GODZILLA VS. KONG is the Giant Monster (Kaiju) movie I’ve been waiting for since I was a little kid, staying up late to watch black-and-white monster movies on SBS.

I’m not even being hyperbolic. This film is a delight. I cannot wait to watch it again.

Obviously, GODZILLA VS. KONG is exactly what it says on the label. Godzilla and King Kong fight each other. The two giant monsters of disaster cinema are brought together for our entertainment. Explosions happen, Godzilla roars, King Kong beats his chest…

The film has just the right amount of everything. Enough of a plot to be interesting, but not enough to drag. Some very cool battles, creatively fought. A feeling of real danger, not just for the humans, but for our monsters, too. And some nice nods to the classic films…

It’s quite like 2013’s Pacific Rim. But even better, because it’s got the giant monsters you know and love.

The opening credits are a stroke of genius, They cleverly tell us everything that’s happened in this world so far. That there’s actually a whole range of Kaiju monsters, and they fight each other. That the Earth is actually hollow, and that’s probably where these monsters come from.

…that an organisation called Apex Industries is trying to save the world.

The main monsters in this are incredible. King Kong has so much character. He looks so real, and seems so tired of everything. I really wanted to give him a hug. He’s a hairy old man, and I love him.

Godzilla isn’t quite as cute, being a giant lizard. But you grow to love and respect him, too. There’s so many face close ups that I began to really care about him. He’s got a bastard intelligence, and he’s terrifyingly determined. Plus he’s got that Godzilla roar, and every time he did it, I wanted to cheer.

So when they fought each other, I was really invested. My heart was in my throat. I couldn’t decide which of them I loved more: I wanted them both to win.

GOZILLA VS. KONG is also just extraordinarily beautiful. The landscapes are breathtaking. Filmed in gorgeous Queensland, it’s better than a travel documentary.

And on top of that, the special effects are incredible! Everything looks so real! I’m just so excited technology and artistry has reached this point.

Most importantly – the reason you’re all here – the battles are amazing. I’m talking explosions that take up the entire screen; sound effects that shudder through your body and make your teeth rattle. It’s disorientating, like you’re really there. Battle sites are perfect: the destruction is totally apparent. You know there’s enormous human casualties.

Speaking of humans, director Adam Wingard knows they aren’t what we’re here to see. So the actors are used sparingly. And while they drive the plot, they don’t slow it down. Deaf child actress Kaylee Hottle is an emotionally charged wonder, using American Sign Language to communicate with King Kong. She’s such a force in this film, I can’t wait to see where she goes from here.

The other stand out is New Zealand actor Julian Dennison. While Millie Bobby Brown and Brian Tyree Henry investigate shady Apex Industries, he’s just along for the ride. He’s a bit of an audience surrogate, calling out moments of ridiculousness and bad decisions. And as always, his comic timing is impeccable.

I couldn’t stop grinning, and I was cackling and (silently) whooping the entire time.

See GODZILLA VS. KONG immediately, and on the biggest cinema screen you can.

The House with a Clock in Its Walls Review 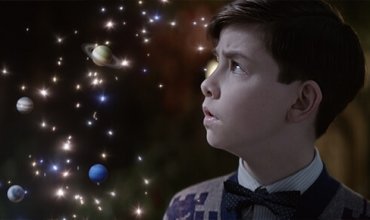 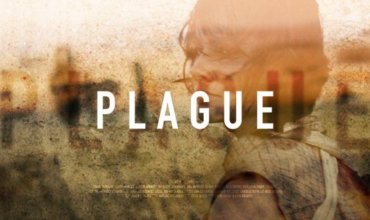