Hollywood, 1951. The anti-Communist “Red Scare” has taken hold of the town and movies have become non-controversial family fare. Capitol Pictures is run from the East coast by the unseen Mr Skank and he puts his faith in his second-in-command, Head of Production, Eddie Mannix (Josh Brolin). Mannix’s actual day-to-day job, or rather minute-to-minute burden, is trouble-shooting. Capitol Pictures is a fictionalised version of Metro-Goldwyn Mayer. The real-life MGM’s motto was “more stars than there are in heaven” and it is these glittering individuals that take up so much of Mannix’s time. When a star gets into some kind of publicity jam, he is there to fix the problem.

One of Mannix’s bigger problems is discovering the whereabouts of veteran actor Baird Whitlock (George Clooney). Whitlock is the lead in a Roman epic called Hail Caesar and he has only one more scene to complete the movie. Unfortunately, this scene is crucial. Mannix also has to deal with the image rebranding of cowboy star Hobie Doyle and on a personal level, he is being pursued to work for another company. He feels weighed down by his responsibilities at Capitol and he seeks counsel in the confessional.

As Mannix’s day unfolds we are privy to the shooting of a Gene Kelly-esque musical number, an Esther Williams-style water ballet, Hobie Doyle’s romantic melodrama, as well as scenes from Hail Caesar. These are fun and detailed recreations of the technical aspects of films like ON THE TOWN (1949), QUO VADIS (1951) and MILLION DOLLAR MERMAID (1952).

HAIL CAESAR, the Coen brothers movie, rather than the film-within-the-film, is a lightweight entertainment that uses the brothers’ full range of production skills. There are few filmmakers more adept at evoking bygone eras on a minuscule budget. Their seasoned cast is excellent and newcomer Alden Ehrenreich does a terrific job aw-shucksing his way through the role of Hobie Doyle. Apart from the evident parodies of MGM movies, the script is filled with in-jokes and homages to the people, places and tales of Old Hollywood.

Harder to discern beneath the shining surface is a point. Mannix was a real life MGM comptroller and fixer. The Coen brothers’ Eddie (short for Edward here rather than the Edgar of real life) is a straight shooter, family man and all-around swell guy. A quick Google search reveals the actual Mannix was a much more complex character. The fictionalised good guy Mannix deals in scandals of a risqué nature, rather than anything more serious.  He makes his way through an ultimately benign universe. The Coens purposely blur the line between the kitschy Capitol movies carefully shot on sound stages and the world beyond. This is not the dark Hollywood they portrayed in BARTON FINK (1991) but rather a kindly place where good wins and integrity triumphs.

HAIL CAESAR is aimed at fans of old Hollywood flicks. Coen fans are likely to be entertained rather than provoked into thought. This is a movie about word play, sight gags, punch lines, tap-dancing, choreography, Catholicism and Communism. It is currently in limited release in Australian cinemas. Duration: 1 hour and 46 minutes. (6/10) 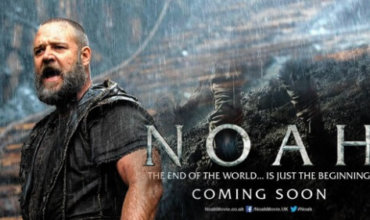 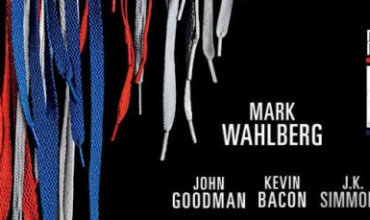