Based on the graphic novels by Mike Mignola, Hellboy, caught between the worlds of the supernatural and human, battles an ancient sorceress bent on revenge.

Hellboy seeks to commence a new incarnation of a cinematic franchise for the character, with this film rebooting the series which had its last outing back in 2008 with Hellboy: The Golden Army. This time around David Harbour takes over in the lead role, with Neil Marshall directing a story based on the graphic novels by writter-artist Mike Mignola.

This new film fully embraces the character’s comic book roots, it strives to adapt the comic material faithfully here and does so without seeking to curb its content to achieve a lower classification rating. That’s right, Hellboy is an R rated superhero film, which might limit its reach to audiences but clearly allows Marshall to deliver on his vision. 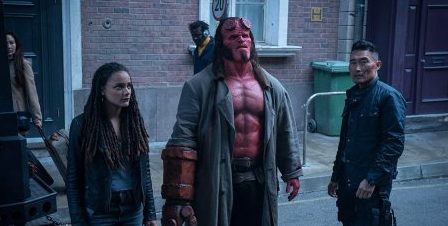 While it strives to be faithful, the overall plot here is far too unstructured to work as a film. It across more as a series of loosely connected subplots, lacking any real core narrative to bring it all together. The story throws in elements of Arthurian legend, rampaging giants, vampires on the loose, Hellboy’s own personal destiny, not to mention a sub-plot about his relationship with his father, and an ancient being who wants to wipe out humanity, it’s like the film makers threw everything into the blender to see what would happen. It’s haphazard and chaotic at best, but it’s also certainly never boring.

The incoherent story aside, the film needed the Hellboy/Professor Broom parental relationship to ground and centre it. Ideally it would be the source of both compelling drama, with a tie in to Hellboy’s actions with respect to dealing with his destiny. The relationship provides no grounds for any of that, based on the performances and the script, it’s hard to imagine their relationship being anything other than dysfunctional and unstable. More broadly speaking, characters tend to end up in the same position as they were at the start, there’s no sense of development arc going on here, characters are two dimensional and lack any real chemistry or engagement with any of the other characters. 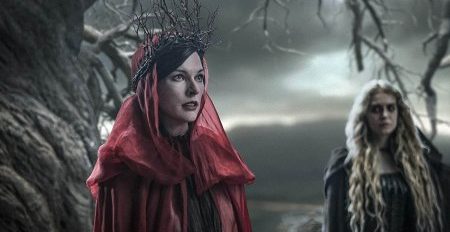 I found Ian McShane’s casting as Professor Broom to be a complete misfire, there’s no empathy or internal conflict toward his son, he’s lumped with far too much exposition by the script, and alongside David Harbour there’s barely any chemistry. Milla Jovovich is chewing scenery as the main villain, there’s not much going on here but she makes the most of being evil for evil’s sake. Harbour however I found to be a solid casting choice for Hellboy and is the single best feature of this film. He makes the most of what is mostly clunky dialogue and a tonne of makeup but in a better film his take on the character could work really well.

Visually Hellboy is quite interesting, creature and character design is all pretty engaging, and if you ignore the music video type sequences, the action sequences are highly entertaining. There’s no holding back here with the film being every bit as violent and brutal as it would like to be. There are a tonne of visual effects going on and some shots work better than others, but the action, the set pieces and landscapes, these are all fun to see, and as mentioned earlier, the film is never, ever, boring. 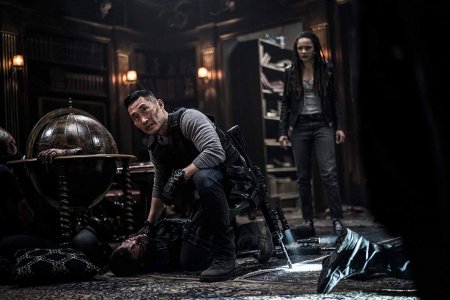 While it’s few and far between, on occasion the character moments work, and a times when the film sits isolated with one of its many sub-plots, it all kind of comes together but these moments are fleeting. Obviously I was pretty disappointed with the result here, I don’t see this version of Hellboy going anywhere from here and can’t help but feel we are back to waiting on a future reboot years down the track.

Hellboy was released in cinemas around Australia from 11th April 2019, I’m giving it 5 out of 10 stars. 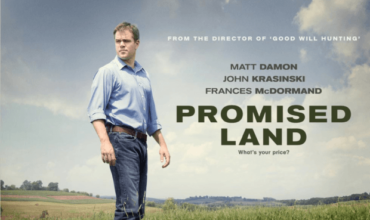