Based on the CIA analyst created by Tom Clancy, Jack Ryan: Shadow Recruit is an action thriller that follows Ryan from his quiet double-life as a veteran turned Wall Street executive to uncovering a terrorist plot across the globe.

It’s been over a decade since the last film featuring Jack Ryan was released, and while his return to the big screen was inevitable, a decade seems a long time for the series to make a return particularly in the context of the popularity of the action spy film genre. But the wait is over, Jack Ryan has returned with Kenneth Branagh taking on directing duties for the film, Branagh made a splash with his contribution to the Marvel Cinematic Universe with Thor, but following that film decided to bow out of the superhero series in favour of other projects.

Forgetting all the previous films before it, Shadow Recruit goes back to the beginnings of the character rebooting a series that has never linked up particularly well across its previous instalments. This time around however it’s clearly designed as a new beginning for a new ongoing series.

Bringing the character into the modern era, Jack Ryan: Shadow Recruit establishes itself in a post-September 11 context while depicting the beginnings of Ryan’s career as an analyst for the CIA. With the character of Ryan firmly established (and his patriotism and morality well intact) the film quickly moves along with events unfolding that reveal a plot threatening the wellbeing and the security of the United States.

Writers Adam Cozad and David Koepp have developed a script that makes for a compelling and effective spy/espionage tale, without delving into specifics that might start to detract from the coherency of the overall plot. This is to say, the plot to threaten the United States displays a lot of on-screen style and entertainment value, without the underlying substance to make it feel particularly convincing. Cozad and Koepp’s writing is also adept at managing the more intimate aspects of the film, the Ryan character is handled quite well, as are his interactions and relationships with characters portrayed by Kenneth Branagh, Keira Knightley and Kevin Costner.

Branagh proves his worth behind the camera on this film, with a well edited and pacey espionage sequence in the second act that could have otherwise turned out feeling more run of the mill. Further to that the action sequences are generally well crafted and used relatively sparingly throughout the film.

Chris Pine’s performance as Jack Ryan is a fitting continuation of the Ryan legacy, following in the footsteps of Alec Baldwin, Harrison Ford and Ben Affleck, Chris Pine proves he’s got more to offer than a certain Starfleet Captain. Pine’s take on Ryan humanises him as he struggles to maintain a double life from his loved ones while later coming to terms with evolving into an operational agent. Pine maintains Jack Ryan’s boy scout patriotism with a charisma that makes him impossible not to like. Kenneth Branagh is as effective in front of the camera as he is behind it with a very particular and polished performance while both Keira Knightley and Kevin Costner are solid in their important but somewhat limited roles.

Overall Jack Ryan: Shadow Recruit is a solid and enjoyable film, dwelling on the details will quickly reveal some cracks in the script while overall the new film falls short of setting itself apart from other recent action/spy films. 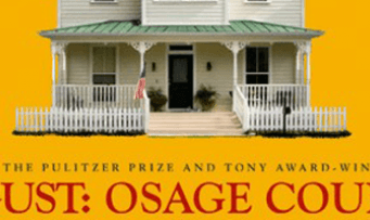 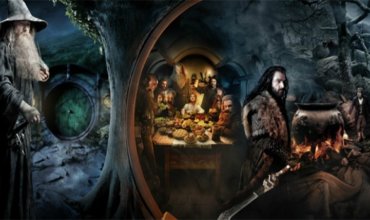