JERSEY BOYS is one of those shows that’s always on my list of ‘must-sees’ when I’m in London…yet I somehow never get around to buying a ticket. Lucky for me Clint Eastwood has had a stab at a big screen adaptation.

Based on the award-winning musical of the same name, JERSEY BOYS tells the story of four young men from the wrong side of the tracks whose unique sound leads them to form one of the 60’s most iconic bands; The Four Seasons.

While Hollywood Broadway adaptations aren’t rare, it is uncommon to find the cast of the stage shows in the film. Kudos to Eastwood and co. for going against the grain in this department!

Three of the four band members in the flick have been pulled from various JERSEY BOYS stage productions around the world.

The result is a fabulous cast with musical talent that oozes off the screen. It is reported they sang live on set.  If this is indeed true, then I take my hat off to them. The harmonies are spot on and John Lloyd Young as Frankie Valli hits the tricky high notes like a girl (I mean that as a compliment!)

At 84 years old, it’s impressive Clint Eastwood can even navigate a film set let alone manage one.  My 82-year-old grandfather is exhausted just by lighting his pipe!  Still, you can’t help but wonder if this project may have benefited from a younger man at the helm.

Eastwood is renowned for making ‘slow’ movies, and while this works in films like MYSTIC RIVER or MILLION DOLLAR BABY,  with JERSEY BOYS the plodding pace leads to a lack of much needed energy – it’s a musical for Christ’s sake!

It takes 1 hour and 10 minutes for the first hit song to feature in the film. Sure, there’s plenty of interesting drama in the backstory, but no-one likes a slow start.

It’s funny: The movie is about a rock group, yet the music seems to take a backseat for many parts of the film. As a fan of The Four Seasons’ repertoire, this is a tad disappointing. My toe was left yearning for a bit more tapping!

The irregular ALFIE style monologues to the camera are, at times, jarring due to the sporadic nature of their appearances. The film would have benefited from stylistic commitment: either include regular narration or none at all.

With a fascinating backstory and a talented cast, JERSEY BOYS is an entertaining night at the cinema. As a raging thespian I freely admit I may be a little biased, but I go to musicals for the music and JERSEY BOYS had the backstory at the foreground rather than the tunes. As such, I felt entertained, but also a little duped.

JERSEY BOYS, I rate it 6 stars. 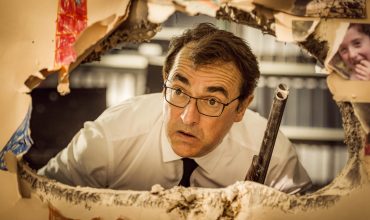 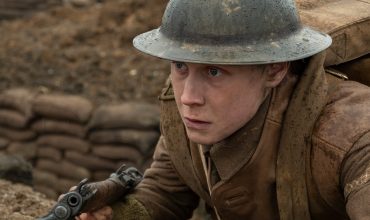