Twenty-two years after the events of Jurassic Park, Isla Nublar now features a fully functioning dinosaur theme park, Jurassic World, as originally envisioned by John Hammond. After 10 years of operation and visitor rates declining, in order to fulfil a corporate mandate, a new attraction is created to re-spark visitor’s interest, which backfires horribly.

2012 featured a brilliant low budget film called Safety Not Guaranteed, which has led to bigger budget and more mainstream projects for director Colin Trevorrow who is at the helm of the relaunch of the Jurassic series with Jurassic World. Set twenty two years after the original film, with little mention of Jurassic Park 2 or 3, Jurassic World returns to the island Isla Nublar where there’s been much progress on the dinosaur theme park. 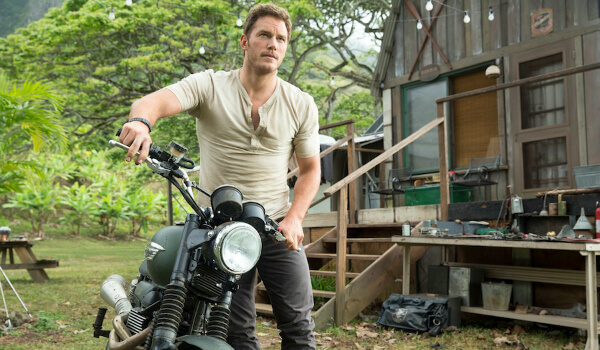 Returning to some familiar themes for the series, Jurassic World opens from the perspective of young siblings, brothers in this case with one in the tumultuous teenage years and the other hanging on to his younger more innocent childhood. These opening scenes are brilliant at capturing the sense of wonder emanating from the younger of the two characters. Wide eyed and brimming with excitement the audience explores this world with the excitement of a child’s perspective, and whether your new to the series or returning it’s hard not to get caught up in the excitement for what you’re about to see. Building up to the reveal of the park is handled with care and is delivered wonderfully on the big screen.

Trevorrow has really kept to the spirit of Speilberg’s original film and while it’s packed with dinosaur terror it continues its themes of family and personal confrontation which while familiar, brings a little more meaning to the film. The scope of the setting for Jurassic World has been expanded so that the park and the island are more elaborate and sophisticated than what we’ve previously seen, and while these films tend not to be too much about their story, the screenplay has taken a few new ideas for the series and managed to deliver some creative play with its use of dinosaurs in the film (despite how ridiculous some of it might be, just remind yourself it’s a film with dinosaurs). 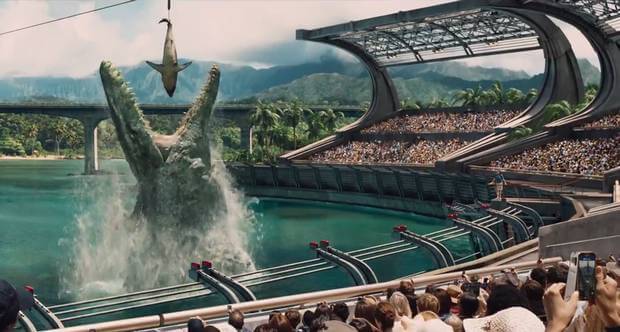 With that in mind the overall plot is problematic at best, story threads don’t mesh very well with characters thrown together at opportune moments (with some threads simply being dropped all together and left unresolved) and nobody’s motivations (sinister or otherwise) articulated particularly well on screen. The characters are incredibly one dimensional with each making their purpose in the film known instantly and then never progressing beyond that over the course of its two hour run time.

Without immediately racing into its creature feature elements, the film makes good use of suspense, and it tends not to simply rush in and continually amp up the pace to a climactic finale. It bides its time throughout the film saving its best sequences for last. Its casual use of dinosaurs early on somewhat mirrors reality where the audience has likely seen the previous films, and is looking for something more in this latest instalment, similar to the park trying to capture a new mesmerising key attraction.

Overall it’s a good looking film, there are a few moments where the visuals don’t quite come up as nice as you might hope, but at other times the creature effects all work seamlessly with the background and human characters and when it works, it looks great. Special mention goes out to the theme music which utilises some of John Williams’s original score, it perfectly bottles wonder and nostalgia which works so well in these films. 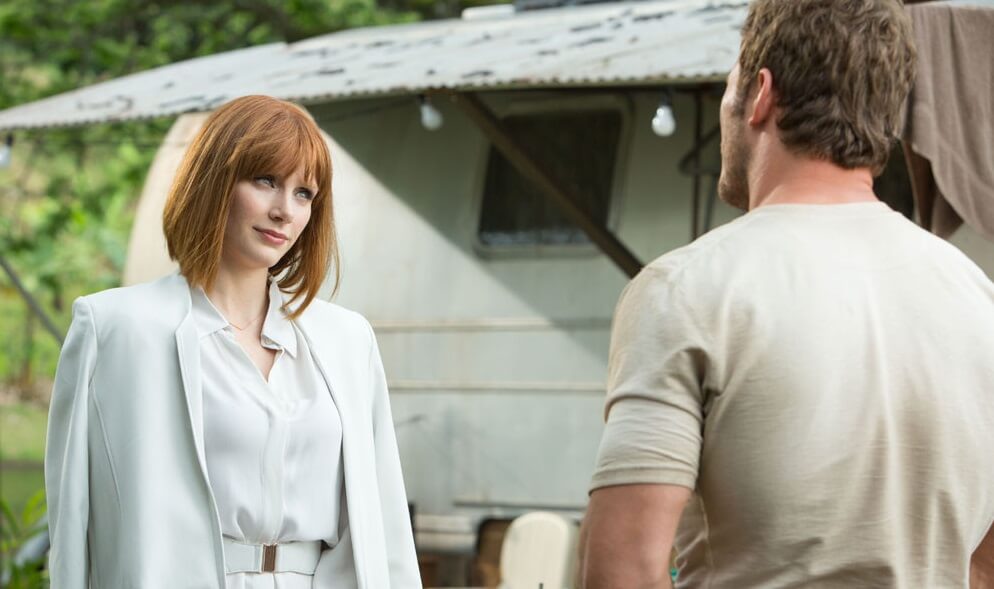 Generally this is more an event/situational film without really calling on great performances from its cast. That said, Chris Pratt continues to be charming and charismatic on screen, Bryce Dallas Howard makes the most of her very few character traits to articulate to the audience, and Irrfan Khan fills in as the likeable eccentric tycoon. Ty Simpkins and Nick Robinson are both sound in their roles, again their characterisation is one dimensional, and Jurassic World makes nowhere near the same emotional demands of its young cast that Speilberg did with his original film.

Despite its shortcomings Jurassic World is easy to recommend for a fun time at the movies, other than a few new ways to make use of the dinosaurs it’s all largely familiar, but that isn’t necessarily a bad thing. It effectively brings the series back to the big screen for a new group of audiences to experience. 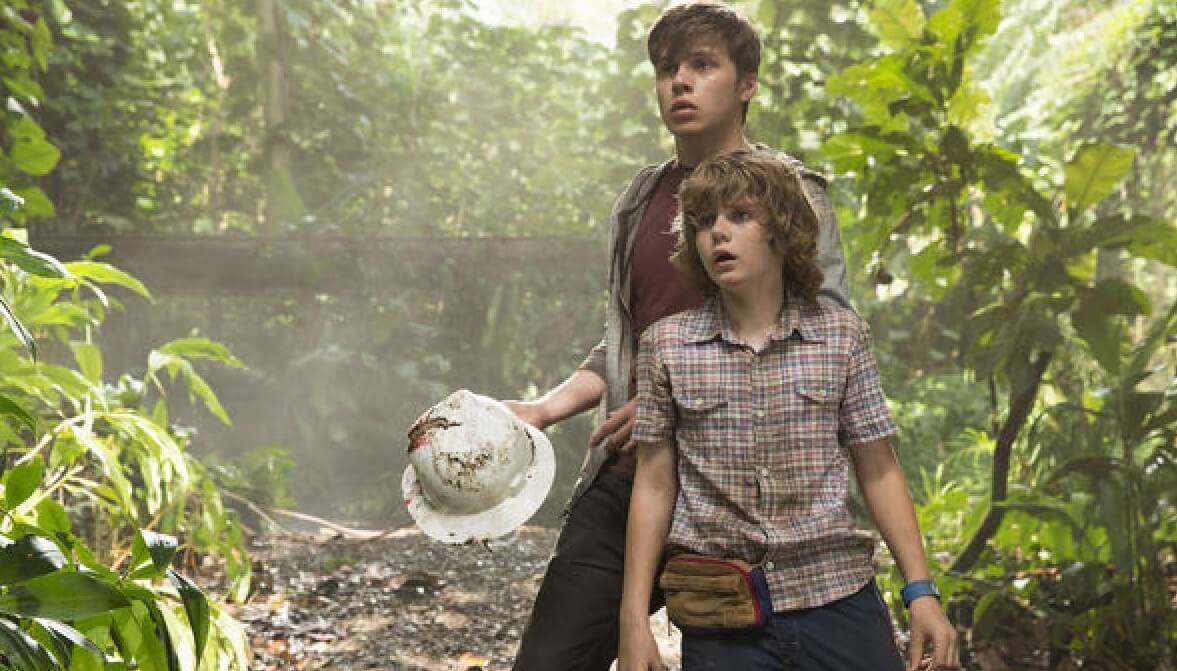 With more than a few nods to the original, there’s plenty to enjoy here. I’m giving Jurassic Park 7 out of 10 stars, it’s in cinemas around Australia now.

Teenage Mutant Ninja Turtles: Out of the Shadows Review 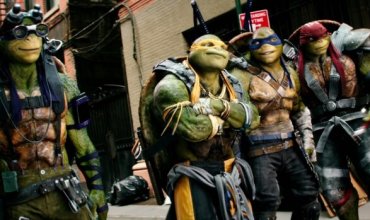 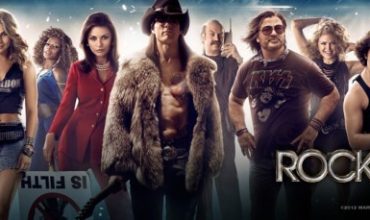